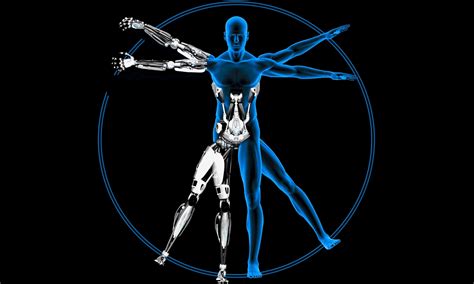 Bad news for those who have already dutifully received their ‘2 jabs’ believing the woes of 2020 to be forever in their distant memory. The stage is already being set for the necessity of additional, annual follow-up shots. We are too early into this global experiment to determine how long the current shots will offer adequate immunity against COVID-19. But results of one recent study (released just this week) show that the Moderna shot is likely to only be effective for 6 months after the second dose, while most “scientists” believe immunity may extend up to 12 months.

Boosters are typically administered to pump new life into decreasing immunity or to fight a new strain or variant. Take for example, the tetanus vaccines, which requires a booster every 10 years; while flu boosters are administered annually because the flu bug tends to mutate seasonally. And because, according to doctors, the COVID virus “acts like the flu virus” (hmm, maybe because it is the flu virus?!), COVID boosters will likely be administered annually as well.

Little tangent here before we move on. I would like to explain why, in lieu of the word “vaccine” I have consistently referred to the COVID jabs as shots. According to Dr. Ryan Cole, vaccines are medically defined as, “a protein or an antigen or a part of a pathogen and/or a whole healed pathogen.” Cole goes on to explain, “Technically what we are doing right now [with the COVID shots] does not fall under the definition of ‘giving a vaccine.’ They shifted the verbiage back in October so they could approve this [injection].”

Dr. Cole calls these shots, “an experimental, biological gene therapy immune modulatory injection.” Cole then concludes by saying that Americans are not being injected with antigen-based vaccines but rather, “We are injecting people with a synthetic sequence of nucleic acid. We have never done this on a large scale in human history.”

With that said, let’s contemplate what this really means. We need 2 jabs, and a booster every year for the rest of our lives. But doesn’t immunization, by very nature of the word infer…immunity? So, let’s recap. Get 2 jabs…inject an update every year. what does this remind you of?

“In 2016, Microsoft confirmed they could ‘program complex behaviors using DNA.’ Dr. Andrew Phillips, head of bio-computation at Microsoft Research, said that DNA is highly programmable, just like a computer.”

Let’s connect the dots here. Pathologist, Dr. Ryan Cole, calls the COVID shot an experimental biological gene therapy injection and Microsoft research scientists are calling human DNA programmable. Additionally, Moderna openly admits that mRNA is “an information molecule,” even going so far as to trademark their technology as the “Software of Life” and the “mRNA operating system.”

“Moderna said their mRNA is designed to plug and play interchangeably with different programs. They compared the mRNA vaccine to an “app” that communicates with human DNA to code for selected proteins within the cells.”

Note the very intentional, anthropomorphic blur between man and machine. We are no longer being defined as human beings created in the image of God, but as programmable operating systems.

Some believe Dr. Ryan Cole is a conspiracy theorist for saying the COVID shots are not technically vaccines. But Moderna, the developers of these so-called “vaccines” themselves are not even calling their injections “vaccines”—they are calling them “mRNA apps”!

Now, back to those annual COVID “boosters” we are all being told will be necessary for our survival. Lance D. Johnson, author of the article, “Bill Gates, Microsoft, mRNA Vaccines, and the Global Plot to Turn Human DNA, Protein Synthesis, and Immune Function into a Programmable Operating System,” concludes,

“Humans who succumb to mRNA vaccines will be required to receive updates to their cells in order to adapt their immune system to their environment. Humans will be controlled by this technology and their physiological processes will become dependent on updates in order for their immune system to function so they can stay alive in the 21st century. This platform is an introductory to transhumanism, where humans merge with machines and depend on AI systems that analyze inter-cellular needs in any given season of life.”

Johnson concludes a similar article by stating, “This system is not medicine, nor is it vaccination.  This system is complete cellular manipulation, using foreign biological molecules to code, decode, regulate, change the expression of, and alter the physiological instructions within human beings.”

Confucius once said, “In language, clarity is everything.” So, allow me to clarify. Moderna, Phizer, AstraZeneca, and Johnson & Johnson are not developing “COVID vaccines,” they are developing programmable, DNA-altering, “mRNA updates;” and I don’t know about you, but as for me and my house, we will wait on Yahweh to deliver us from the deadly pestilence…not Bill Gates.

Forcing a medical experiment upon an individual as a condition to participate in society is illegal, unlawful and immoral and reprehensible and it is a violation of our God-given, Natural, and Common Law rights, as expressed and confirmed in the American Declaration of Independence, and as reflected in the Constitution of the United States.

Other Vax-related articles written by VeeJay

Click HERE to read, “Hit Me With Your Best Shot”

Click HERE to read, “Through the Black to the Future, Part II”