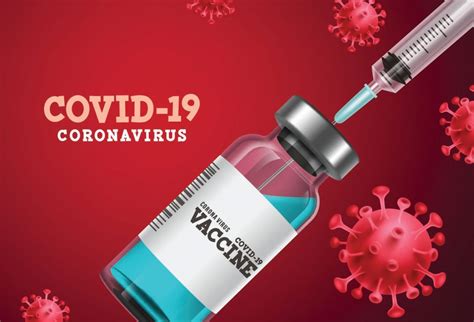 Life Site, a news site permanently banned from You Tube, reported on February 19, 2021, that according to biologist Pamela Acker, a master’s degree-toting, Catholic Biologist and author of the book, “ Vaccination: A Catholic Perspective, reported that not only do the COVID-19 vaccines include fetal cell lines from aborted babies, but that these babies were extracted from the womb during a surgical procedure which is euphemistically being termed as “abdominal hysterectomies.”

“They had to maintain a sterile environment because you don’t want any contamination of the tissue with any kind of foreign agents, any bacteria, or viruses, or anything like that. The babies were — and, in some cases, the uterus as well — removed from the woman and, without even puncturing the amniotic sac, placed directly into the refrigerator where it was kept for no more than 24 hours.”

Oh, and by the way, this procedure leaves a large percentage of the women sterile (because in many cases, the entire uterus is removed!), and [trigger warning] the babies are extracted from the womb alive. According to the general practice outlined in the medical literature, the living babies are then, “placed in a fridge while still living where they await dismemberment before having their organs harvested.”

Dr. C. Ward Kischer, an embryologist and emeritus professor of anatomy from the University of Arizona College of Medicine, explains,

“In order to sustain 95% of the cells, the live tissue would need to be preserved within 5 minutes of the abortion […] within an hour the cells would continue to deteriorate, rendering the specimen useless.”

The cell lines used for the COVID vaccinations is extracted from the kidney and has been dubbed the HEK-293 cell line. Equally as disturbing, HEK-293 is also used in food production and is one of those FDA-approved hidden ingredients hiding behind the generic “natural flavors” line item found on nearly every ingredient label. (Not everything that says “natural flavors” includes HEK-293, but it might).

Because so much has already been written about HEK-293, I will not duplicate that information here, but a good place to start, in addition to the Life Site website, is Dr. Alvin Wong’s paper titled “The Ethics of HEK 293” that appeared in the 2006 autumn issue of The National Catholic Bioethics Quarterly.

Wong, an oncologist and senior consultant at Singapore’s National University Cancer Institute who has an interest in bioethics, wrote in his paper that due to evidence that the cells were “obtained from the embryo of a willfully induced abortion,” there is “a moral duty on the part of any researcher to discontinue using this cell line.”

Pamela Acker (the biologist interviewed by Life Site News) first became aware of the HEK-293 cell lines usage in vaccines a decade ago, when working on an HIV vaccine funded by a grant provided by the (drum roll please) Bill & Melinda Gates Foundation (you all saw that coming, right?) At this point, she began to question her involvement, and needless to say, did not have a job after raising concerns.

In addition to all the other raised eyebrows, rumors, conspiracy theories, and ethical concerns raised by Christians trying to decide whether or not they will get the vaccine or not, here is yet another disturbingly grotesque piece of the puzzle—babies are being sacrificed in occult-like ritualistic fashion in order to bring these vaccines to your household. Are these kidney cell lines even necessary? What role do they specifically play in combating the COVID virus? Is the vaccine truly rendered ineffective without it? If so, then why is it there? What are the physiological implications of human DNA being injected into our bloodstreams? We will likely never know the answer to these questions.

The question we can know the answer to is whether we, as the Body of Christ, are willing to enter a Monkey Paw wager where we receive a vaccination that requires a life to be viciously struck down in order to preserve our own? Do we want this kind of blood on our hands? And for what? Some added protection against a virus that 95% or more of the population recovers from by virtue of their own immune system?

Take heed that you do not despise one of these little ones, for I say to you that in heaven their angels always see the face of My Father who is in heaven.
Matthew 18:10

Tuesday, November 22, 2022
Portsmouth Man Sentenced to Life in Prison for Attempted Sex Trafficking of a Minor