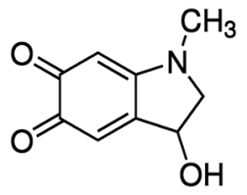 The Cold War—the late 1940s through the 1950s—was the decade of the 20th-century “Hollywood blacklist” (also dubbed McCarthyism). The blacklist was an attempt to deny employment to entertainers (actors, actresses, screenwriters, directors, producers) if they were members or sympathizers of the Communist Party. Entire careers were damaged or ended altogether. In many cases, the accusation alone was powerful enough to irreparably destroy a person’s career and reputation—whether the accusation was actually true or not.

Mark 2020 off on your calendars as the year of the 21st-century Hollywood blacklist—except now it’s not called a blacklist (cuz that’s probably racist) and the crime is not Communism (because being a Marxist is now en vogue)—2020 will instead be remembered as the year of the Hollywood House Arrest—that’s right, folks, ‘Merica is woke—we know about the Adrenochrome.

The cat is out of the bag, Hollywood. It’s not simply plastic surgery, good lighting, top-notch makeup artists, Botox, and photoshop that are making these 40-70-year old actors and actresses look like perpetual, wrinkle-free 25-year-olds.

These modern-day “vampires” have found the fountain of youth—adrenalized blood. Blood infused with the adrenaline of youth—the more innocent the better—conjured up by torturing a child beyond human imagination, right before murdering them and syphoning their blood, organs, and foreskins—all vital ingredients in their vile elixir of bastardized immortality.

Back in 2018, President Donald Trump was quoted as saying, “My Administration will focus on ending the absolutely horrific practice of human trafficking. And I am prepared to bring the full force and weight of our government, whatever we can do, in order to solve this horrific problem.” This quote is not buried at the bottom of a barrel on some entertainment news website either, it is offset, centered, in bold, and posted in 20 pt. font on the “Law and Justice” tab of whitehoue.gov, the official website of the United States White House.

Fast forward to 2020. In an unprecedented display of presidential promise keeping, it would appear that this president is actually serious, and intends to keep his word, and “drain the swamp.” I think a lot of us thought the swamp was swimming with lobbyists, mainstream news journalists, and crooked politicians—but it looks like he had some very high-profile Hollywood A-listers in mind as well.

A year or two ago, a Google search for “Adrenochrome” would have yielded little, if any results. This all changed in May, when President Trump issued an Executive Order to uphold free speech and prevent online censorship. (Author’s note: the full transcript of the EO, which was originally linked to this article, has since been removed from the White House website).

“Online platforms are engaging in selective censorship that is harming our national discourse.  Tens of thousands of Americans have reported, among other troubling behaviors, online platforms “flagging” content as inappropriate, even though it does not violate any stated terms of service; making unannounced and unexplained changes to company policies that have the effect of disfavoring certain viewpoints; and deleting content and entire accounts with no warning, no rationale, and no recourse.”

For anyone interested in where the Biden/Harris administration stands on censorship, click HERE to read Paul Bischoff’s article, “Where Does President Biden Stand on Internet Censorship?”

Today, if you type “Adrenochrome” into a Google search bar, you will get over one million search results. Reader beware, included in these hits are also misinformation, and debunkers poo-pooing how Adrenochrome is harvested, administered, or abused.

Scientifically speaking, “Adrenochrome is a chemical compound with the molecular formula C9H9NO3 produced by the oxidation of adrenaline (epinephrine). The derivative carbazochrome is a hemostatic medication.”

Hollywood has actually been obsessed with Adrenochrome for decades and they haven’t kept it a secret. They have left the truth in plain sight all over the place—we just have not had the eyes to see it for what it really was. For example, Johnny Depp plays in a band called, ‘The Hollywood Vampires.” Depp also starred in the move, “Fear and Loathing in Las Vegas” (based on the 1971 Hunter S. Thompson novel of the same name). Depp is featured in one scene taking Adrenochrome.

Here is a list of recent films that include the theme, plot, or symbolism of harvesting Adrenochrome for the use of eternal youth and power:

And here are a couple of non-film related freebies.

(1) Aldous Huxley (of Brave New World fame) in his 1962 book, The Doors of Perception, mentioned the drug-like, intoxicating effects of Adrenochrome (but wiggled his way out of it later with the oft-overused, “I didn’t inhale” excuse). Sure you didn’t, Aldous!

(2) We all know Google named their web browser Google Chrome. But did you know that they also named a line of GPUs (graphics processing units) Adreno?  Coincidence? Random? Probably not.

There is a myriad of other cultural trends, references, song lyrics, music videos, movies, and TV programs that reference Adrenochrome, I am merely listing movies where the entire plot revolves around one or more of the following themes: missing children, kidnapped or caged children, underground tunnels, child trafficking, sex slavery, ritual sacrifice, blood drinking, loosh/life force draining, and the harvesting and use of Adrenochrome. Notice also (as I’m sure many of you did) how many of the films in the list above are children’s movies targeting young children and teens.

“Symbolism will be their downfall.”

Sometimes Adrenochrome vampirism is being alluded to, but it is encoded in symbolism, so for the average, uninformed viewer, it will all go unnoticed and the film will appear innocent. Let me give you a silly example. When I was a child in the mid-70s, my brother and I would watch the Batman ’66 series on television. It was cartoony and silly and colorful. As kids, we saw it for what it was—good guys fighting bad guys, and the good guys always winning. Fast forward to my 40s. I decided to take a trip down memory lane and watch some old episodes. My jaw dropped as I came to realize a good 50% or more of the dialogue was blatant sexual innuendo! I didn’t see those things as a child, because as a child, I didn’t know what any of those sexual innuendos meant. I had no context, so I had no understanding.

So also, will movies (TV shows, song lyrics) take on a whole new layer of deeper (more twisted) meaning once you know the symbols.

The chemical formula for Adrenochrome guanylhydrazone is C10H13N5O2. The 1-1-3 are the first three numbers, not counting the zero. A113 (also appearing as A-113, A1-13, and A11-3) according to online fan forums is an “inside joke” or an Easter egg heavily used by animators and shows up hidden all over in Pixar movies such as Toy Story, Monsters Inc, Coco, Ants, Up, and Nemo; as well as episodes of The Simpsons, South Park, and Tim Burton movies, among other places. The “joke” is that A113 is the number of a classroom at California Institute of the Arts attended by graphic artist and character animation students.

If you go back and watch any of the movies on the bulleted movie list above, you will be alarmed to see the multiplicity of these symbols “randomly” placed everywhere in the scenes. If you understand what these symbols mean, these movies will take on a completely new meaning. These films are TELLING US what the elites are doing with our missing children.

Think in particular of the symbol of spilled milk representing children being ritually sacrificed. Do you think it is a coincidence that that National Child Safety Council decided to post pictures of missing children on MILK CARTONS?  The point here is not that every missing child who has appeared on a milk carton is dead or that they died in an occult ritual—but rather, it is the point that milk, spilled milk, and milk cartons are code words and symbols used by the occult in reference to ritual sacrifice of a child.

Sadly, with knowledge comes power and responsibility. What does a Christian—once completely ignorant of how deep occult practices run in our government and entertainment industry—cope with this new-found knowledge? Do we flat out refuse to believe it because it is just too terrible to comprehend? Do we refuse to believe it because we think certain participants are just too beautiful, or funny, or gregarious to be involved in something so evil? Do we just pray a quick silent prayer as we are drifting off to sleep?

Here is one very simple thing you can do to join the ranks of the armies of the LORD OF HOSTS and fight against this evil. Will you pray for Operation Ezekiel? Even as we speak, 5000 postcards are in the process of being mailed out to 100+ churches in all 50 states, prompting pastors and parishioners to pray against the occult crimes against children in Hampstead and to EXPOSE and EXPELL satanic childhood ritual abuse in our country.

Will you take 5 minutes each day to pray Operation Ezekiel? Put a reminder on your phone, your desk, your fridge, and pray for:

1 thought on “Chrome Wasn’t Built in a Day”