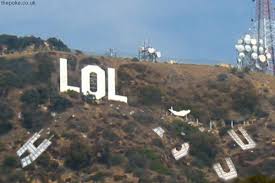 Esther prayer fasters, Operation Ezekiel participants, and 2 Chronicles 7:14 intercessors REJOICE! All is not as it appears to be. A-list celebrities enjoying posh “shelter-in-place” hiatuses from the bowels of their multi-million-dollar estates may not be merely there out of patriotism. It appears that many of them—from the likes of Oprah Winfrey, Ellen Degeneres, David Spade, Tom Hanks, Rita Wilson, et al—are in actuality…ON HOUSE ARREST!?!?

It seemed to good to be true, until You Tubers, Truthers, and Q-Anons began posting close up still frames of elites with what appears to be house arrest ankle monitor bracelets bulging out from underneath their loungewear.

The mainstream media was very quick to debunk the stories, racking up tens of thousands of hits on Facebook, Twitter, and You Tube. USA Today assures us:

The claim: Well-known politicians and celebrities are under house arrest for sex trafficking

“If you were to believe a rash of conspiracy theories on social media, many boldface names are in serious trouble with the law – and it isn’t just the coronavirus pandemic keeping them at home.

Recent posts allege that celebrities and VIPs such as Ellen DeGeneres, Oprah Winfrey, the Gateses and the Clintons, among others, are under house arrest for child sex trafficking.“

Not wanting to be overly zealous, or gullible, I decided to do some sleuthing-in-place. I brought up californiaarrests.org on my laptop and typed in the names: James Carrey, Stephen Spielberg, David Spade, and Ellen Degeneres, and lo and behold—they ALL showed up with recent arrest records in the CA database! Perhaps this explains the sudden cancellation and “rest of the year” hiatuses recently announced by Jimmy Kimmel, Ellen Degeneres, and Oprah Winfrey?

These are just two of many celebrities currently on house arrest, but I’ll give you all the pleasure of enjoying your own sleuthing. Click HERE to get started! (Bear in mind that some celebrities and politicians, also under house arrest, do not live in California, so their arrest records may show on New York, Chicago, or Florida sites, among others).

So, despite Snopes, USA Today, Reuters, Newsbreak, Star Tribune, and Politifact (among others) debunking the story as “nonsense” or a wild “conspiracy theory”–why then are all the people on these lists also in the California arrests website with documented arrests?

Debunkers online argue that “arrest” does not equate to a conviction, or even guilt, and the fact that there’s a fee involved to view the entire report automatically makes the site a scam. But there is still a question as to why all of the celebrities named or outted by Isaac Kappy, Harvey Weinstein, and Jeff Epstein all coincidentally also all have recent documented arrest records. Where was TMZ when all these celebrities got arrested? Typically when a celebrity is arrested, their mug shot is all over the web within hours. This leads me to believe these arrests are not mere DUI and drunken domestic violence cases, but something more serious…or why wouldn’t TMZ be capitalizing on these celebrities misfortunes as they are always so eager to do?

Furthermore, many of these celebs have taken to Twitter, Instagram, and Facebook and what is being branded as extreme boredom or predictible “wacky, eccentric celebrity behavior” looks a lot more like coded meltdowns, many of which are…well, far more entertaining than 90% of anything they’ve put out to the media in the last decade. Complete with symbols such as stacks of Legos (we must “stick together”) and songs about “Fresh Fish” (F.F. also stands for false flag—in other words, we gotta create a diversion—quick!)

They all seem to have paranoid-levels of interest in what Tom Hanks is up to while in “quarantine” in “Australia.” With David Spade talking about if Hanks doesn’t pull through, he will be up on his rooftop with a shotgun, in which he makes a “charging the weapon” sound effect and then says, “Bye!” Now why would his friend perishing of the Coronavirus lead him to commit suicide on his own rooftop? Seems a bit of an extreme way to express one’s grief, no?

The celebs also all seem to believe Tom Hanks holds a lot of information (read: names of the guilty) and that he might squeal. In fact, many truther You Tube sites believe that Tom Hanks and his wife Rita Wilson are both dead—not of COVID-19—but via lethal injection after a weekend before a tribunal at GITMO. With some sites even showing pictures of Australian newspapers from May 4 sporting the headline: “BREAKING: CORONAVIRUS CLAIMS LIFE OF TOM HANKS. QUEENSLAND, AUSTRALIA Actor Tom Hanks has passed away age 63” (News 24, Queensland, Australia). Turnbackhoax.id reported the headline as a hoax, despite the online article being shown in full at 21:16 of this You Tube video.

There are also very bizarre, unverifiable, disturbing “lists” circulating on the web with just under 100 famous celebs and politicians and religious figures who may have been arrested, imprisoned, or executed.

Back in January, I wrote an article about Ricky Gervais’ Golden Globes monologue. At the time, his brash, unapologetic insults seemed brave and cocky–meant for a laugh at the celebrities’ expense. But now, in hindsight, methinks he may have known something??? Either that, or several of his jokes have become oddly prophetic. Such as his calling the audience, “A bunch of perverts,” accuses them all of being “Jeffrey Epstein’s friends,” being terrified of Ronan Farrow, and not even 60 seconds into his monologue, Gervais sardonically states, “Remember, they’re just jokes. We’re all going to die soon, and there’s no sequel…yeah, remember that.“

I hardly know what to make of it. Is this a diversion? A false flag? The third phase in a COVID/Antifa led race riot—plan to bring down America? Or is Trump actually putting his millions where his mouth is and, in fact, “Draining the Swamp” as promised?

Only time will tell.

The GOOD news is, that there has been a seismic shift in popular opinion on Twitter, Instagram, Facebook, and You Tube. Americans, by the thousands, are now calling out these celebrities as pedophiles, child abusers, vampires, and Adrenochrome junkies—and instead of getting the usual barrage of push back, insults, eye roll emojis, or taunts of being crazy conspiracy theorists, they are getting thumbs up and accolades.

It appears that more and more Americans are waking up to the fact that these elites are a bunch of rapists, pedophiles, murderers, Canaanites, New World Order minions, and Luciferians. And even if these celebs make it out of their seasons of house arrest unscathed, I can hardly think any of them will be able to salvage their reputations or their careers given this unforeseen turn of the tide.

Many of us have been praying for justice. That righteousness would prevail. That God would heal our land. That there would be a Great Awakening. Solider on! Keep praying!

It is NOT too late!

Things are not always what they seem. The Enemy, the mainstream media, and our own minds are mingled together, and we have grown faint. We have forgotten how merciful and how powerful God’s love and long-suffering can be. It is NOT too late for America! Keep praying! Keep hoping! Keep trusting!

“But Moses said to the people, “Do not fear! Stand by and see the salvation of the Lord which He will accomplish for you today; for the Egyptians whom you have seen today, you will never see them again forever.”
Exodus 14:13