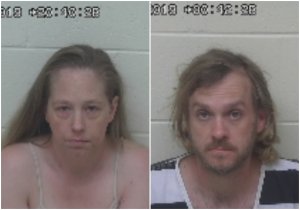 When born, Dylan Groves became legal custody of Scioto County Children Services due to illicit drugs in his system. After some time, he was transferred to the custody of his father, Daniel A. Groves, 41, who Police state, initially complied with requirements, but then started to miss court dates, home visits and doctor appointments.

On June 10th, Police executed a search warrant on the home of Goves and his wife, Jessica D. Groves, 39. During the search, Police found over $40,000 in stolen property as well as reason to believe that Dylan had been dead since March.

Jessica was arrested without incident, but Daniel was only taken into custody after a six hour standoff with Police.

On June 12th, Police announced that they had recovered Dylan’s body from the bottom of a 30-foot well. His remains were transported to the Montgomery County Coroner’s Office for an autopsy.

Currently charged with abduction and kidnapping, authorities have already stated that they intend to bring more charges against Jessica and Daniel at a grand jury hearing on a later date.