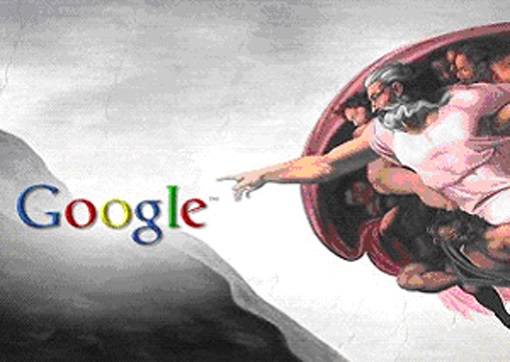 Back in 2012, after purchasing my very first smart phone—an iPhone 4s—I began to refer to it as “Molech” because it was not long before I was addicted to the little pocket-sized monstrosity. Just 8 years later and how prophetic that metaphor has become! But even those logging in 10+ hours a day of screen time have yet to take this tech-laudation to the same extreme as former Google exec, Anthony Levandowski.

Levandowski, self-appointed “dean” of a non-profit religious organization designed to, “develop and promote the realization of a Godhead based on artificial intelligence, and through understanding and worship of the Godhead [to] contribute to the betterment of society.”[1]

The name of this non-profit religious organization? The Way of the Future. (How long before this title is blasphemously abbreviated down to “The Way” in direct mockery of the New Testament sobriquet of the early Church?) Also, a bit crude that the “church” goes by the acronym WOTF, which is painfully close to SMS chatspeak for…well, you know…

While Levandowski is wearing holes in his skinny jeans technoflecting to the A.I. altar of his own making, young people, disillusioned with “organized religion” are jumping on the bandwagon, clueless to the unintended consequences of such a demonic dogma.

The mission statement on the Way of the Future Church website would have been considered a fiction writer’s jackpot to the likes of Rod Sterling, Ray Bradbury and George Orwell; and the things of nightmares to their 19th century audiences.

In fact, I remember seeing the first Terminator flick in a movie theater in 1984. I was a young kid, and those “future” shots of a post-apocalyptic, nuclear fallout earth with killer machines schlepping around like massive metal spiders, creeped the mess out of me. But lo and behold, here we are today, nearly 4 decades later, and this future Earth is being touted to the masses as a means of “bettering society.”

The “church” website home page goes from 0-1000 in one second, with the intro statement of, “Way of the Future (WOTF) is about creating a peaceful and respectful transition of who is in charge of the planet from people to people + “machines.”[2]

Can I get a witness? Cuz I’m here to testify—I am once again, creeped out. Even more so after reading the WOTF Church home page, which reads in part:

“Given that technology will “relatively soon” be able to surpass human abilities, we want to help educate people about this exciting future and prepare a smooth transition. Help us spread the word that progress shouldn’t be feared (or even worse locked up/caged). That we should think about how “machines” will integrate into society (and even have a path for becoming in charge as they become smarter and smarter) so that this whole process can be amicable and not confrontational. In “recent” years, we have expanded our concept of rights to both sexes, minority groups and even animals, let’s make sure we find a way for “machines” to get rights too. Let’s stop pretending we can hold back the development of intelligence when there are clear massive short term economic benefits to those who develop it and instead understand the future and have it treat us like a beloved elder who created it.”

And to all of you narrow-minded religious fanatics out there who already believe in a God not made of silicone and circuitry, to you, the WOTF issues this friendly warning: “We believe it may be important for machines to see who is friendly to their cause and who is not. We plan on doing so by keeping track of who has done what (and for how long) to help the peaceful and respectful transition.”

Let us learn a lesson from ancient Israel. They took ground and won the battle at Jericho; but as soon as they took their eyes off Yahweh, they were defeated at Ai. Is the Church today also in danger of “winning to Jericho” but losing to A.I.?

Be encouraged, Hollywood does not have the final word on the future. No weapon formed against us shall prosper, ALL those (humans + machines) who rise up against us shall fall. And while we may look upon the “rise of the machines” as terrifying, Yahweh does not.

Why are the nations in an uproar
And the peoples devising a vain thing?
The kings of the earth take their stand
And the rulers take counsel together
Against the Lord and against His Anointed, saying,
“Let us tear their fetters apart
And cast away their cords from us!” He who sits in the heavens laughs,
The Lord scoffs at them.
Then He will speak to them in His anger
And terrify them in His fury, saying,
“But as for Me, I have installed My King
Upon Zion, My holy mountain.”