UPDATE: On Tuesday, September 24th, 22 year old Alex Whipple was sentenced to life in prison with no chance of parole.

“You will never see the light of day. You will never breathe fresh air again,” Judge Kevin K. Allen said. “What you did was so abhorrent and vile that you must spend the rest of your life in prison.”

It is a story that has played out in the media all too often lately; parents put a child to bed at night and in the morning, the child is missing.  This is what happened in the case of Elizabeth Shelley, a five year old that went missing some time after 2 am and before 9 am on May 25th according the report filed by her parents with police.

The one part of this case though, that differs from other that have splashed across headlines lately is that also missing from the home was her 21 year old uncle, Alex Whipple, who had been staying with the family that night.

Later on Saturday, the day that Elizabeth "Lizzy" was reported missing, Whipple was located and taken into custody a 15 minute drive away from the Shelley home.  Police took him into custody on suspected probation violations and noted his behavior as being less than cooperative at the time.

On May 29th, the police stopped playing.  They felt that, even without locating Lizzy, they had enough evidence to charge Whipple with aggravated murder, child kidnapping and obstruction of justice in connection with Elizabeth’s disappearance and death.  It was that same day that Whipple and his attorney entered into a plea deal; in exchange for taking the death penalty off the table, he would lead law enforcement to Lizzy's location.

Her body was recovered that day less than a block from her residence, and police confirmed the identity the following day.  Through a family spokesperson, Elizabeth’s mother said, “There are not words to express the sadness and the heartbreak we feel today. Lizzy was such a caring and giving little girl. We hope to look to her as an example of how to live.”

On June 4th, her parents were able to lay their child to rest.

Whipple appeared in 1st District Court in Logan on the day before, Monday, June 3rd, where his preliminary hearing was scheduled for June 24th when the defense will decide whether or not they wish to proceed with a preliminary hearing.  At that time, Whipple faced five felony charges which included aggravated murder, child kidnapping, two of obstructing justice, and abuse or desecration of a dead human body.  Aggravated murder is the capitol offense that Whipple entered into the initial plea deal to avoid facing the death penalty over.

At the time of that hearing, prosecutors made it clear that while death was off the table, their goal was to ensure that Whipple would be locked away for life.

The news out of Logan today is that Whipple entered a guilty plea yesterday, August 13th, to some of the charges against him as another plea deal was announced.

In return for pleading guilty to aggravated murder, child kidnapping, rape of a child and sodomy upon a child, the remaining charges relating to desecration of a corpse, kidnapping, and obstructing justice were dropped.  Additionally, a separate case filed against him when he was first taken into custody and involved six separate charges was also dismissed.

In court on Tuesday, prosecutors addressed how they believe that Lizzy died for the first time.  They gave a timeline showing that Whipple had removed Lizzy from the home after her parents had fallen asleep.  He then detained her, raped and sodomized her, before stabbing her in the back piercing her lungs.  He lungs filled with blood and she drowned.  What they couldn't explain though, was why this occurred.

"I don't think there's a real reason that this happened," said Shannon Demler, Whipple's defense attorney, after the hearing. "There was never a discussion of anybody doing anything to him, or he was paying them back or anything."

Before Whipple's sentencing, which is scheduled for September 24th, Dremler stated she intends to work on mental evaluations for her client, and will argue for a "reasonable" sentence.

"We expect the sentencing is going to be very difficult for the judge not to give Mr. Whipple the maximum and we know that," Demler said. "But we at least want to provide information to the courts, so that they're well informed when they make that decision."

Despite the fact that the plea deals reached mean that the prosecution cannot ask for capitol punishment, the Judge gets the final say in what the sentence will be. 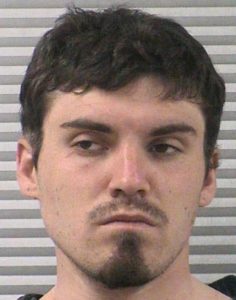