“Don't buy sex in Ohio... You don’t know when a man buys sex whether it’s genuine consent or, rather, the victim is being forced with a baseball bat, a knife or the next hit of heroin,” Ohio Attorney General Dave Yost said during a statement about the recent 'Fourth And Goal' internet sting. “When you hear a man talking about buying sex, he never says, ‘I’m buying a woman.’ He talks about a whore, a slut, a piece – and that’s because saying what is really happening is too close to the truth for them to handle. People who think and talk like that know in their heart of hearts – it’s slavery.”

A recent multi-county internet sting run by the Internet Crimes Against Children Task Force, over thirty law enforcement agencies and social service organizations worked together on this operation.  In an announcement Friday, September 13th, Attorney General Yost announced information about the results of 'Operation 4th and Goal' which was a three day undercover sting which had taken place in the previous week.

The sting covered three different facets.  Not only were they targeting those individuals that attempt to contact minors online for sexual reasons, but also those involved in human trafficking whether by solicitation of prostitutes, or by those offering services as such. 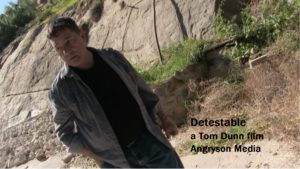 During the sting, 43 women were arrested for promoting prostitution.  They will be connected to social services resources including Franklin County's CATCH Changing Actions to Change Habits) Court program.  This program has been established to help those caught in human trafficking realize their own self worth, and to find the strength to leave their traffickers.

24 men, including one from Massachusettes, were arrested for attempting to engage in sexual activity with a juvenile.  The men were charged with two felonies- attempted unlawful conduct with a minor and importuning.

One of the 24 men arrested and charged is Christian Gibson, 26, who until his arrest had been a youth director in training with Redeemer’s at Courtright Church.  A member of the church told 10TV that Gibson had basically been a member of the church from the time he was born, and that the congregation will now have to "pick up the pieces."

The church released a statement in the matter.

"In the past 24 hours we have learned, as you have, of a law enforcement sting conducted on Human trafficking and prostitution.

Our hearts are broken for those who experience the devastation and pain from these terrible crimes. Our own Youth Director in training was one of those arrested during this operation.

Because we take this issue seriously, we have taken immediate action and have removed this person from his position."

All of the 24 men charged appeared before a Judge one at a time.  When speaking of how the operation was conducted, Major Steven Tucker with the Franklin County Sheriff's Office stated that there was no possible misunderstanding about why the men were at that residence.  "We make sure there is no mistake about that."

"The reality that they were operating in, is that there absolutely was a child at the other end of that device, and that's who they were coming to see," Major Tucker said.  "They show up with sex toys, they show up with lubrication. They show up with things that clearly somebody isn't going to show up to a house with, unless they intended to engage in sexual activity."