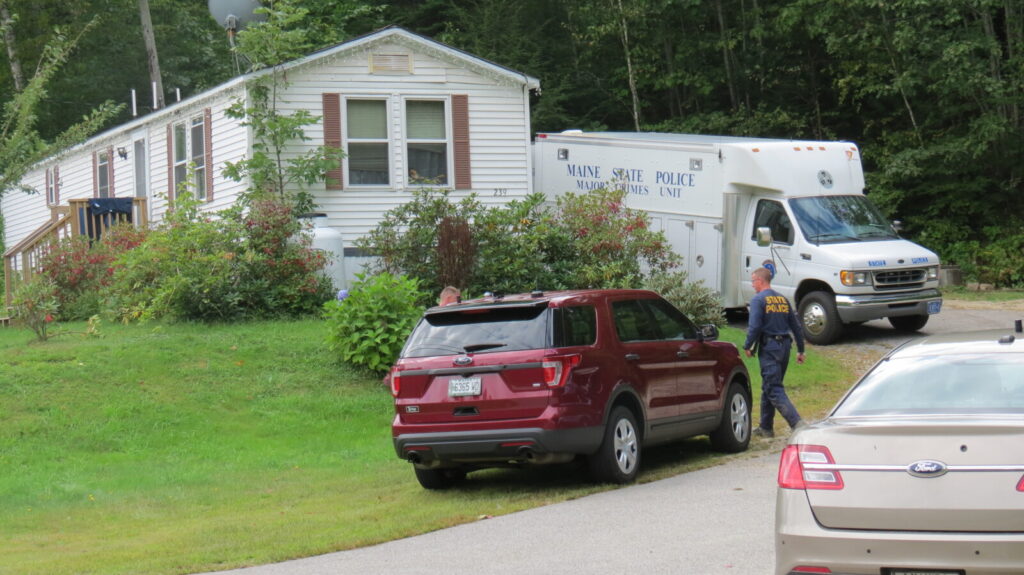 The Maine State Police Major Crimes Unit investigates a property at 239 Harrison Road in Norway where officials found the body of a woman, believed to be in her 80s, buried in the backyard Tuesday. Jon Bolduc/Sun Journal

In Maine, it's not illegal to bury someone at home or on personal property, but you need a permit to do so.

Vernelle Jackson has found that out the hard way.  “I stand behind what I did. If I had known I needed a permit, I would have got a permit,” she said in a telephone interview Wednesday night with the Press Herald.

What she did, according to her own admission, was bury her long time friend in the backyard as fulfillment of what Jackson says was her last request.

"She begged me, and I have witnesses to this. She asked me not to let her down," Jackson said.

Her friend, whom Jackson states was in the care of doctors and hospice care, died of natural causes about eighteen months ago.  Jackson said it took several days for her to bury her friend in a shallow grave near the well due to her diagnosis of COPD (chronic obstructive pulmonary disease).

"She begged me when she passed away that she didn't have enough insurance to bury her, and I don't have it. And she said, 'Will you promise me to bury me in your yard so I'll be close.' She considered me as a daughter she never had. She said, 'You're the daughter I never had. I want to be close to you,' and I finally agreed to do it to satisfy her," Jackson said.

After the remains of the unidentified female, suspected to be in her 80s were removed from the property, they were transported to the Maine Medical Examiner’s Office in Augusta for an autopsy that was scheduled to begin yesterday.  They will not only confirm identity, but also establish a cause of death.

Jackson said their friendship went back years to when they were both living in the south, where Jackson said she grew up as a cotton-picking, sweet-potato picking, South Carolina farm girl.

Twenty years ago, Jackson found herself in Maine and reconnected with her friend.  Jackson said she didn't have anywhere to stay at the time and her friend opened her home to her.  It was a debt she wanted to repay when, four years ago, her friend, having no place to live, moved into her home.

Jackson, who was a former nurse's aide, served as her friend's caregiver.  "We just had a good time together,” Jackson said.

Police have not ruled out the possibility of charges being filed against Jackson.