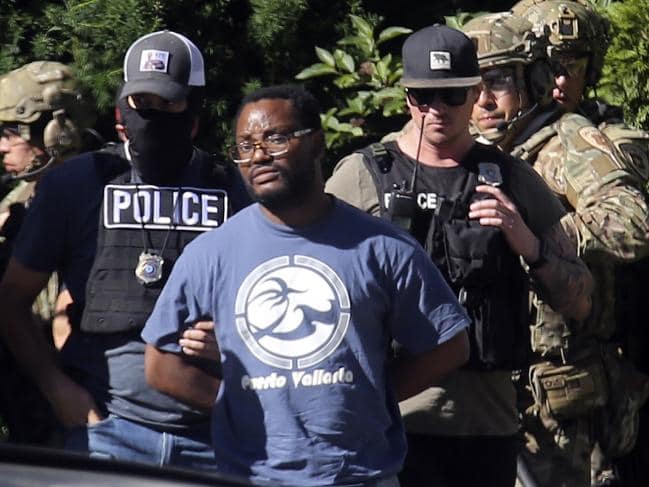 Ayoola A. Ajayi, 31, of Salt Lake City, UT has been charged in the murder of Mackenzie Lueck.

During the investigation into Mackenzie Leuck's death, investigators seized a laptop from Ajayi.  What forensics located has resulted in additional charges of possession of child pornography and 19 counts of sexual exploitation of a minor.

"West Regional Computer Forensics Lab examined the computer and found numerous images of children engaged in sex acts," a news release from the Salt Lake County District Attorney's Office said.  The Salt Lake City Fox affiliate, citing a probable cause filing, said the images were of girls between the ages of 4 and 8.

Beginning on Wednesday, Police in Salt Lake City were observed searching a home of a person of interest in the disappearance of Mackenzie Lueck, 23, a college student that went missing June 17th.

SWAT arrested Ayoola A. Ajayi, 31 for the murder of Lueck after her burned possessions and charred remains were located in his back yard.

Neighbors had reported observing Ajayi burning items in his back yard with the use of gasoline on the nights of June 17th and 18th.  When Police investigated, they determined that there was a portion of the yard that had recently been disturbed and there located the remains of Lueck.

Disturbing details are starting to emerge concerning Ajayi according to one source that spoke with Fox News.  The handy man stated that he had been approached by the homeowner, stating that he wished to have a secret, soundproofed room with hooks on the wall built in the basement.  A local contractor also came forward stating that he had received a request to prepare an estimate for a soundproofed project in the basement as well, stating that overtime the owner added additional details such as a secret door and hooks on the walls.

Ajayi is charged with aggravated murder, kidnapping and desecration of a body.  It is unclear at this time if he has an attorney.