Friday morning, some time between 6:30 and 7 am, Brycen Caudill began stabbing his mother as she lie on her bed downstairs in their home.  The attack continued through the house as his mother, Crystal Caudill, 36, made her way outside and to a neighbor's house, bleeding profusely, to call 911 and report that she had been stabbed by her son.

She was transported to Mary Rutan Hospital where she succumbed to her wounds.

Emergency services responding to the call were not able to locate Brycen at the scene and began tracking him.

A trace of his cell phone led police to the nearby railroad tracks.  Further searching employed the use of canines and drones.

During the search for him, his school, Riverside High School was placed on something of a soft lock down.  No official lock down was called, but security was higher and they conducted more frequent checks of the locked exterior doors.

Over four hours later, Brycen turned up at least 10 miles away in neighboring Champaign County near Kiser Lake.  He approached a stranger, asked to use the phone, and called police to turn himself in.

Brycen is currently being held at the Logan County Juvenile Detention Center where he is expected to appear in court by the end of the week.

Logan County Sheriff Randall Dodds said that they do not have any motive for the teen, and that Brycen had no previous run-ins with law enforcement. “It’s tragic for all involved. Tragic for Logan County. Tragic for the Caudill family,” he said. 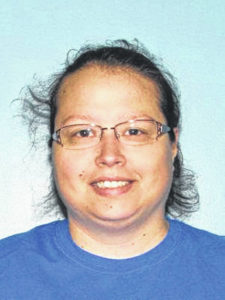