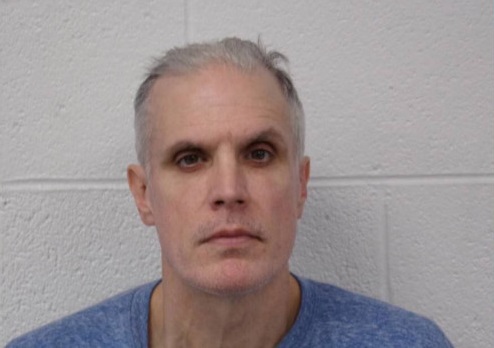 In 1999 a ten year old girl was abducted in the middle of the afternoon while she was playing with some friends in Village of Cairnbrook in Shade Township, Pennsylvania.

Police responded to the scene and interviewed the other children.  They were not left with much to go on.  “Those children related to us that a vehicle had driven by them a couple times they believed to be teal in color. A white male had gotten out of the vehicle and grabbed their friend, this young 10-year-old child, and threw her into the vehicle through the driver’s side door,” said Tpr. Stephen Limani, of Pennsylvania State Police. “That driver had jumped into the vehicle and fled the area, traveling on state Route 160.”

Armed with a gun, the assailant threatened to shoot the young girl if she didn't stop screaming, and allegedly hit her across the face with it.  He pulled off the road along state Route 160 and again on state Route 26 and sexually assaulted the girl.  In the second incident, he used a brown paper bag to clean up which he threw out the window of his car.

The assailant drove another short distance before determining to let the girl go.  He ordered her to count to one hundred and then find a gas station to call her parents before he abandoned her along the road.

Another driver came by a short while later and stopped to help her.

“The state police at the satellite station down in Uniontown was contacted and they went down and started to interview the 10-year-old child and the passerby, and were able to find out that she was sexually assaulted not too far from where she was abandoned. So they started to scour the area around state Route 26 and subsequently came across a brown bag,” said Trooper Stephen Limani, of Pennsylvania State Police. “We found prints on that bag and that was all sent to the FBI lab for analysis.”

The FBI though, was not able to return any usable information on those prints or DNA until in 2004, with the advancement of DNA analysis, they were able to link the assailant to two other cold cases from 1988 in Hagerstown, Maryland.  But the case went cold again.

Trooper Jeff Brock was the lead investigator since the case was opened, and wanted to find the person responsible for the crime before he retired.  “I’d been carrying this around for over 19 years, and I had to try one more thing.”

“It’s not about me, it’s about bringing closure to the girls. They move on, they have their lives that they lead, but I just have a hard time believing that they weren’t thinking, ‘Where did he ever go? Is he still alive? Is he dead? Where does he live? Does he live down the street from me? Or does he live thousands of miles away?’ You don’t know. But by getting to this point, they now do know. To me, that’s the most important thing,” said Brock.

He asked the FBI to run the fingerprints on the bag one more time in the fall of 2018.

“[The FBI] called me about a week later and asked me, are you sitting down? I was like, what are you doing to me? She said, we got a hit on the prints,” Brock said.

On Tuesday Nelson was sentenced to 30 years in jail and ordered to pay an assessment of $5,000 under the Victims of Trafficking Act.