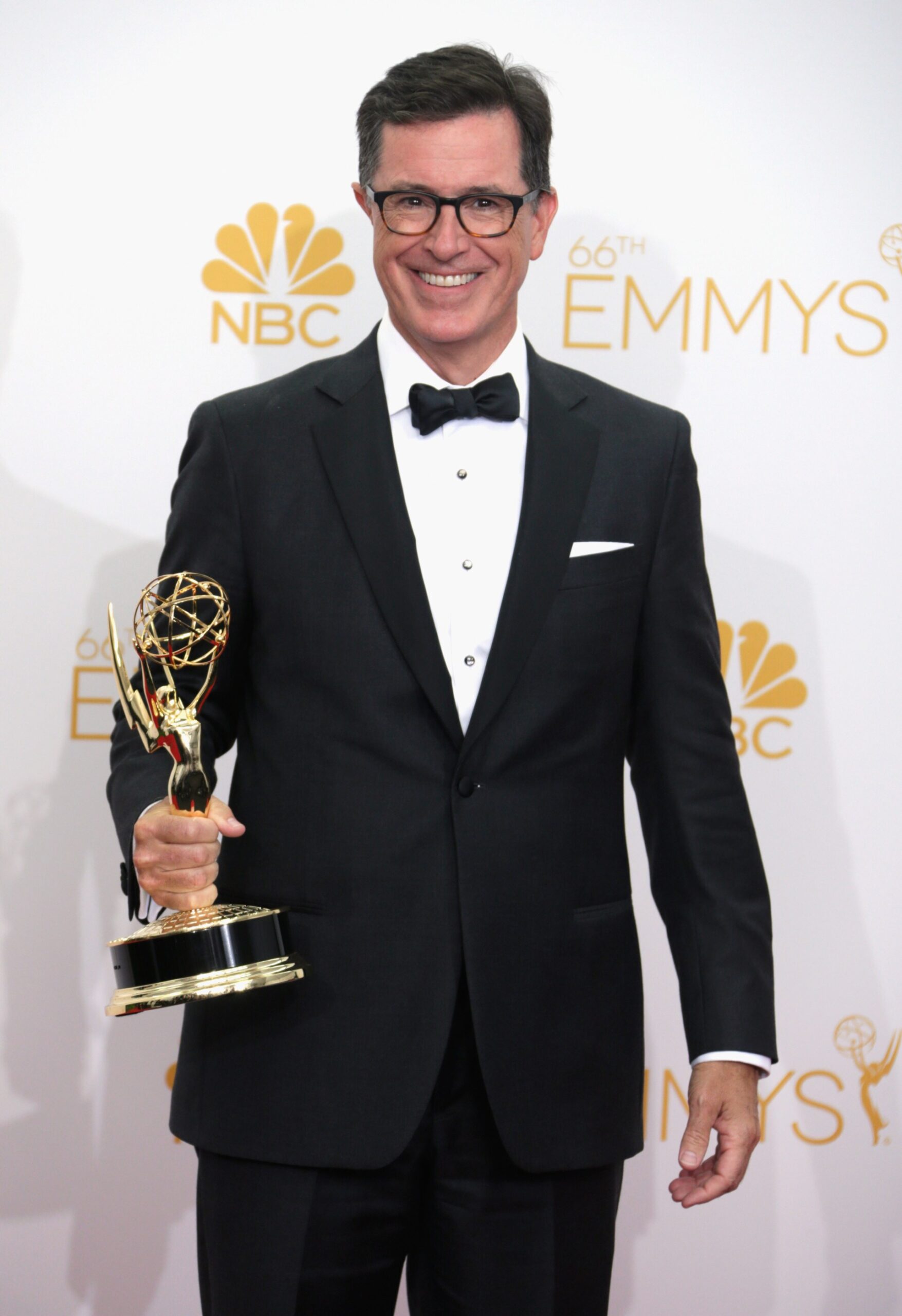 “The saddest thing about betrayal
is that it never comes from enemies.”

Despite the fact that You Tube has censored, banned, or altogether deleted videos and channels that speak one word contrary to the COVID-19 narrative, this little 8.5-minute ditty is still up 7 months later. And even though it has garnished well over 7.5 million views, 149K thumbs ups, and over 38K comments (most in support of Stewart’s mock-infested rant against the ridiculousness of COVID) the video remains up and running—no strikes, no warnings, no cyber wrist slaps–nothin’ but crickets.

This begs the question—who is REALLY being trolled here?

The comment section is full of accolades for Stewart’s robust rhetoric and Colbert’s taken-off-guard stupefied slaying at the hands of the wit-wielding Stewart. But is Colbert really that slow on the uptake? That out-of-touch with his close friend? That unable to interrupt, cut to commercial, or match wits? Colbert isn’t exactly lacking, after all, in the quick wit or sardonic skills himself.

Colbert isn’t just a “talk show host” waving around some broadcasting diploma from a local community college. He’s witty, intelligent, and more-than-able to play the doe-eyed straight man with the best of his Hollywood cronies. Colbert ain’t no dummy…and Stewart ain’t no companion to conservatives.

This video is allowed on You Tube because Stewart isn’t making fun of COVID, and Colbert isn’t some caught-off-guard twit falling beneath his sword…these two Hollywood elites are masters at their craft. Stewart is a showman and Colbert is a straight man and they are laughing at YOU—all 7.5 million of you who keep watching, sharing, and commenting on this video somehow thinking that someone in Hollywood is taking up your cause and his buddy is being “schooled” for his elitist, liberal ignorance.

For those of you still convinced that Colbert was somehow caught off guard and in any way incensed, surprised, embarrassed, or upset over Stewart’s rant; or that Colbert was sitting there helplessly unable to derail the train wreck, bear in mind that Colbert got his start in improvisational theater at Northwestern University and was a part of the prestigious Second City acting troupe in Chicago. In other words: he is a consummate professional, a comedy genius, and a wizard at improv.

How many wolves in sheep’s clothing do we have to encounter along the road to Hollywood before we realize that these guys aren’t routing for us, speaking for us, or agreeing with our values in any way, shape, or form? They are MOCKING us, and this video, brilliant as it is, is no exception…that’s why You Tube won’t censor it–they don’t have to! Because unlike 7.5 million sheep–they get the real message being conveyed–conservatives are idiots. 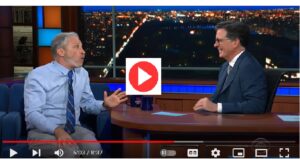 0:01  Band starts up with a galvanizing rendition of “Living in America” to hype the crowd.

1:15  Stewart’s opening line, in response to Colbert thanking him for coming: “There’s nothing I wanted to do more than breathe everyone’s air.”

1:24  Stephen sets up the notion that nothing was preplanned, scripted, or rehearsed by announcing that despite being dear friends, this is the first time he has seen Jon in 15 years.

1:35  Jon’s response to being reunited with his long lost friend of 15 years is to immediately steer the conversation into the direction of the vaccines.

1:40 Jon “turns on the audience” (deflecting with humor) informing Colbert that the audience hasn’t taken good care of themselves and he will likely leave the show having caught something from them. (Because this is done with humor, it is not counted by the audience of Deplorables as being condescending or elitist. The audience is all wearing masks, Jon and Stephen are not…so, according to the “science” if Jon gets sick…wouldn’t he be catching it from Stephen, the only other person there, sitting less than 6 feet away from him without a mask on?

1:50  The set up (you can detect the slightest bit of forced, scripted lines here. This is not a casual convo between two very old, close friends. This is a set up–they are setting Jon up perfectly for his rant). For an example of someone who is terrible at these sort of “scripted improv” segments, watch Jimmy Fallon and compare. Though Jon and Stephen are better at keeping a straight face…this is definitely a set up for a scripted bit. Watch the first 60 seconds of THIS for comparison.

2:53  The throw away phrase, “And I honestly mean this…” (usually indicative of inauthenticity)

3:10  THE PIVOTAL PHRASE before launching into the rant

3:15  Colbert’s facial and non-verbal reaction to the “anti narrative” — definitely not shocked, angry, surprised, or uncomfortable with this “unexpected” turn of phrase.

3:24 Colbert breaks into a smile (none of the jaw tightening, eyes widening, or other expected facial contorts that occur when someone is shocked or angry or upset.)

3:52  The introduction of the phrase, “Wuhan Novel Respiratory Coronavirus lab” while looking directly into the camera. His speech is slowed down here and very intentional–as if this is the part of the script he knows he may botch because it’s a bit of a tongue twister.

4:24, 4:50  Colbert unable to keep a straight face or contain his laughter

I could go on…my only point is, this is clearly scripted and these two friends are having a blast–at our expense–ranting against the idea that there are Deplorables out there who think they’re smarter than scientists.

Bear in mind the absolute ridicule and triggered liberals who were infuriated when, then president, Donald Trump, referred to COVID as the China Virus (and later sued by the Chinese American Civil Rights Coalition (CACRC) for defamation and infliction of emotional distress). This story broke 10 months ago in May of 2021…with the Stewart rant on Colbert airing just 3 months later. It is my belief that this scripted rant is a sardonically-laced tirade against a conservative president who refused to take the pandemic as serious science and was calling out the lab that manufactured the virus.

To read a similar article on Ricky Gervais, click HERE to read “The Joke’s on You, Truthers!”