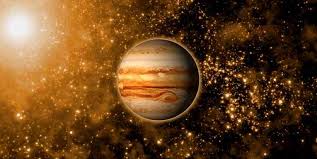 Jupiter is the Latin word for the Greek god Zeus. The pagan “king of kings”—the god of sky and thunder. Every year, the planet Jupiter, named after this pagan deity, undergoes a retrograde.

“In astrology, Jupiter is known as the great benefic. Named after the king of the gods, Jupiter’s influence is, indeed, godlike. It bestows knowledge, abundance, good fortune, joy, luck, and wisdom. It imbues virtues of kindness, compassion, generosity, temperance, perspective, and objectivity.”

Astrology.com informs us that Jupiter is allegedly known as the guru or the teacher. The invocation of the word “guru” certainly lends itself to a more Eastern mindset, and indeed, like Eastern mysticism, so also does Jupiter represent the “higher mind” and to the spiritual initiates of Jupiter worship, this planetary teacher exists to, “draw you beyond your known boundaries.”

Planet Jupiter goes retrograde once every 12 months. A retrograde is an astronomical optical illusion where, from Earth, the planet appears to be moving backwards along its axis; and this purportedly has a “profound astrological significance.”

We are told that Jupiter takes 12 years to make a full rotation around the sun; losing celestial ground for 120 days every year, when it travels its retrograded course. During this 4-month period of “Backwardsville,” human beings on Planet Earth will supposedly:

I doubt it. The question is, “WHO’S IDEAS” will the reinvention of global education be advocating?

What “God” is Pope Francis speaking on behalf of when he says, “I invite everyone to work for this alliance and to be committed, individually and within our communities, to nurturing the dream of a humanism rooted in solidarity and responsive both to humanity’s aspirations and to God’s plan.”

Are we all on the same page here? We all know what humanism means, right?

How does one individually, and within our communities, disassociate from the divine to attach prime importance to the rational mind of man, while at the same time committing ourselves to “God’s plan?”

And if the point of the pope’s proposition is to peddle humanism rather than the divine, ON THE VERY DAY that the planetary guru, Zeus, is globally opening our minds to esoteric spirituality…what kind of Chaos Magick is going on here exactly? What sort of rancorous ritual is set to be poured out upon our planet on May 14?

Dear readers, I call upon you today to bear the words of Joshua in mind and if it is, “disagreeable in your sight to serve YAHWEH, choose for yourselves today whom you will serve: whether the gods which your fathers served which were beyond the River, or the gods of the Amorites in whose land you are living.”

Brothers and sisters, I urge you, today, choose which GOD you will bow down to on May 14. I urge you all to pray for the hearts and minds of all those created in the image of Creator God; and to pray and fast against the power and potency of this global ritual. Let the remnant unify on this day and say as one voice, “As for me and my house, we will serve YAHWEH!”

5/11/2020 UPDATE: Good news fellow intercessors! Due to the COVID-1984 Plannedemic , the pope had to move his propaganda party to October 11-18, 2020. I’m still praying the whole thing gets cancelled altogether; but the good news is, the event will no longer synchronize with the charged date of May 14 (also being the 2020 Jupiter retrograde or the 72-year anniversary of the May 14, 1948 declaration of the state of Israel’s independence.)

Also, perhaps unrelated, but interesting nonetheless, is that the Catholic Church (within their list of “Christian feast days”) lists May 14 as the day to venerate the saints Victor and Corona. (The Eastern Orthodox Church celebrates the Victor and Corona feast day on 11/11–another highly charged date with regards to the occult). Corona is “invoked in connection with superstitions involving money, such as gambling or treasure hunting.” According to author Johannes Dillinger, Corona is “called upon” by a treasure hunter to bring treasure, and then “sent away through a similarly elaborate RITUAL.” Also intriguing that a feast day would center around a woman named Corona, as tradition confesses that the Corona character is largely fictional. 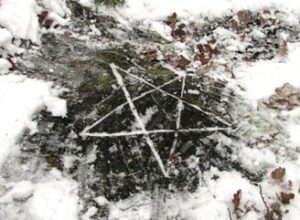