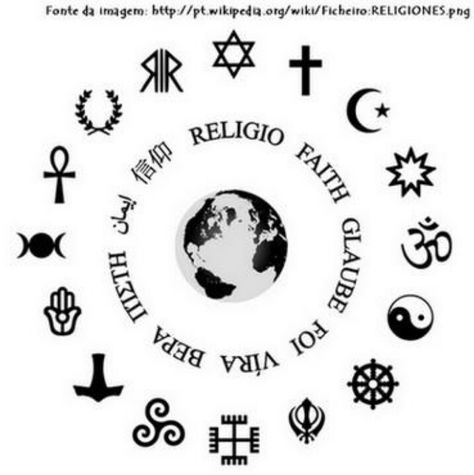 ROME – Pope Francis is inviting world leaders and young people to come together at the Vatican on May 14, 2020, for an event called “Reinventing the Global Educational Alliance.”

Let’s take a closer look at the phrase, “Reinventing the Global Education Alliance.” This initiative has been in motion for years. A well-organized planning committee likely spent a lot of time piecing together that tagline. And nothing any of these people do is random.

Now…Read the bold words only!

New World Order Treaty…THAT’S what it’s all about!

So, what exactly is this global education pact?

“Never before has there been such need to unite our efforts in a broad educational alliance, to form mature individuals capable of overcoming division and antagonism, and to restore the fabric of relationships for the sake of a more fraternal humanity,”

Notice how Pope Francis issues an invitation to this event to “world leaders and young people”? Sorry, irrelevant middle aged losers–no room for you! Stay home and plan you funerals.

“Young people” is to be taken quite literally in this case. Francis even quotes the African proverb, “It takes a whole village to educate a child.” Hmm. Okay. But what sort of “village” are we talking about? What sort of “village” will we be sending our children off to for this “education” and who will their teachers be?

Q:          How will these religious, political, and social influencers bring an entire world around to their way of thinking?

“These boys and girls enter our organizations [at] ten years of age, and often for the first time get a little fresh air; after four years of the Young Folk they go on to the Hitler Youth, where we have them for another four years . . . And even if they are still not complete National Socialists, they go to Labor Service and are smoothed out there for another six, seven months . . . And whatever class consciousness or social status might still be left . . . the Wehrmacht [German armed forces] will take care of that.”

Pope Francis goes on to speak about this “alliance” between earth’s inhabitants and our common home—which we are bound to care for and respect (don’t miss that not-so subtle hat tip to Gaia worship there). Wait, there’s more… here come the eschatological buzz words…Francis also explains that this alliance must “generate peace” (1 Thess. 5:3) as well as dialogue between religions (Revelation 17).

Nutshell:  The pope is calling for world peace which will be made possible through the coming together of all religions.

Nothing spooky or prophetic about that at all. I mean, this is just a random assembly—some speaking gig they are putting together to get some fresh sound bites from the Pope, right? They’ll sell $25 glasses of water in plastic Vatican souvenir cups and t-shirts that say, “There’s No Place Like Rome” and everyone goes home happy. I’m going to go waaaaaay out on a limb here and predict that this intimate little Reinvent Event will have a jazzy little theme song with a “surprise” live-via-satellite appearance by…oh, I don’t know, Bono, maybe? (Yawn).

So, mark your calendars for May 14, 2020! No diabolical forethought there, right? I mean, they probably just threw a dart at a 2020 calendar? Or maybe this was the only day this year on the Vatican calendar that didn’t already have a basilica block party booked? I mean what’s the significance of a date as arbitrary as May 14?

“On May 14, 1948, in Tel Aviv, Jewish Agency Chairman David Ben-Gurion proclaims the State of Israel, establishing the first Jewish state in 2,000 years. Ben-Gurion became Israel’s first premier. In the distance, the rumble of guns could be heard from fighting that broke out between Jews and Arabs immediately following the British army withdrawal earlier that day. Egypt launched an air assault against Israel that evening. Despite a blackout in Tel Aviv—and the expected Arab invasion—Jews joyously celebrated the birth of their new nation, especially after word was received that the United States had recognized the Jewish state. At midnight, the State of Israel officially came into being upon termination of the British mandate in Palestine.”

Well, isn’t that just the strangest coincidence! Huh? Maybe…no, nah. Never mind. I’m sure there is absolutely no connection or hidden meaning in that at all…so I’ll just catch up on Kim Kardashian’s Twitter feed and some other important things I have to focus on today….carry on….

Folks, this crap is easier to see through than a freshly-wiped window. They aren’t even trying to be clever anymore. Christians, well read in the Scriptures, should be able to generate enough power from their collective eye roll to power a nuclear reactor from predictable propaganda such as this.

Interesting that May 14 should be the day the globe gathers to contemplate world peace. 1 Thessalonians 5:3 foretells the fate of those who gather together to pray for “world peace”—it says, “While they are saying, “Peace and safety!” then destruction will come upon them suddenly like labor pains upon a woman with child, and they will not escape.”  Only people who are of this world, will pray for its preservation. For those of us who are not of this world, we follow the biblical command to pray, not for world peace, but for the peace of Jerusalem (Psalm 122:6).

Personally, I am going to block May 14, 2020 off on my calendar to pray Jeremiah 31, verse-by-verse, before the throne on Yahweh—to ask Him to remember His covenant with Israel and Judah and all those grafted in, and that our Messiah would come—not to “save the planet,” but to save His covenant bride from the midst of it. Maranatha!

5/11/2020 UPDATE: Good news fellow intercessors! Due to the COVID-1984 Plannedemic , the pope had to move his propaganda party to October 11-18, 2020. I’m still praying the whole thing gets cancelled altogether; but the good news is, the event will no longer synchronize with the charged date of May 14 (also being the 2020 Jupiter retrograde or the 72-year anniversary of the May 14, 1948 declaration of the state of Israel’s independence.)

Also, perhaps unrelated, but interesting nonetheless, is that the Catholic Church (within their list of “Christian feast days”) lists May 14 as the day to venerate the saints Victor and Corona. (The Eastern Orthodox Church celebrates the Victor and Corona feast day on 11/11–another highly charged date with regards to the occult). Corona is “invoked in connection with superstitions involving money, such as gambling or treasure hunting.” According to author Johannes Dillinger, Corona is “called upon” by a treasure hunter to bring treasure, and then “sent away through a similarly elaborate RITUAL.” Also intriguing that a feast day would center around a woman named Corona, as tradition confesses that the Corona character is largely fictional. 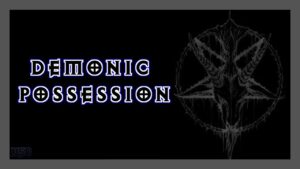