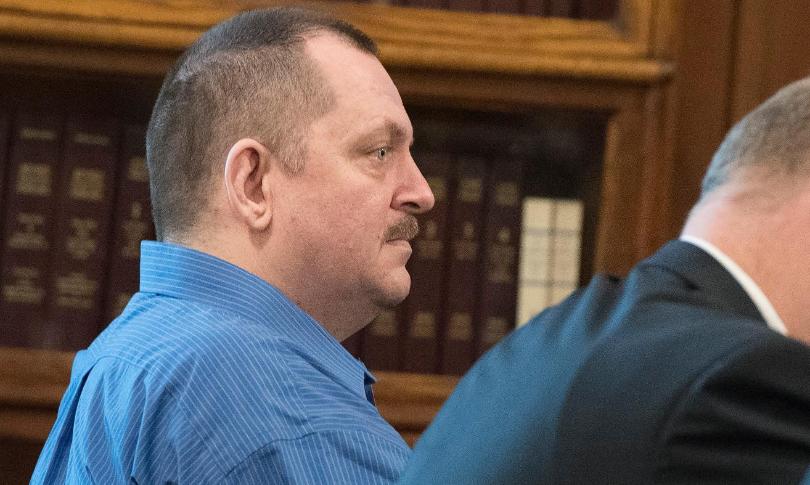 Wilber, Nebraska: Wednesday a three judge panel handed down the death sentence to 54-year-old Aubrey Trail for his part in the November 2017 killing of Sydney Loofe.

"It was expected," Trail's attorney, Ben Murray was quoted as saying. "We already knew they were gunning for the death penalty."

In order to qualify for the death penalty instead of a sentence of life in prison the judges had to find "exceptional depravity" in the crime.

"There is no reasonable doubt that this aggravating circumstance against Aubrey Trail justifies an imposition of a sentence of death," Saline County District Judge Vicky Johnson, the presiding judge said according to Norfolk Daily News. "Ms. Loofe was needlessly mutilated by Trail in order to satisfy his intellectual and sexual curiosity."

She stated that her killing demonstrated "a mind totally and senselessly bereft of any regard for human life." while she read from the 31-page order that sentenced Trail to die by lethal injection.

Trail was allowed to read from a prepared statement in which he addressed the parents.

"I realize nothing I can say here will change in the least what I did to Sydney three and a half years ago," he said. "I won't say I'm sorry, as that would be an insult to you after what I put you through, and I won't ask for forgiveness as I don't believe there is such a thing."

Trail then went on to say that the killing was not premeditated bit the result after she "freaked out" and rejected Bailey Boswell's attempt to recruit her into their cult. Trail explained that he was "willing to do anything to protect" the lifestyle he and Boswell had.

This recounting of events varied from what Trail had stated before alleging that Loofe's death was the result of a sexual encounter gone wrong. There have been four different versions of the events according to the Omaha World-Herald.

"I have done some terrible things in my life," he continued, "but this is the only thing I've ever done that I feel real regret about."

After the sentencing Trail's attorneys, Joe and Ben Murray said they are pursuing a motion for a new trial. They are alleging that Trail's suicide attempt in court June 24, 2019 prejudiced the jury and made it impossible for him to get a fair trial.

During that court hearing, Trail shouted out "Bailey is innocent, I curse you all" before using a smuggled razor blade to cut the right side of his throat. He was briefly hospitalized for his injuries and then released.

All death sentences in Nebraska require an automatic appeal according to the Omaha World-Herald.

In addition to the death sentence however, Trail has been sentenced to 50 years for the charge that he had faced for conspiracy and an additional two years for improper disposal of human remains.

Boswell's sentencing hearing is scheduled to begin on June 30 by establishing whether she qualifies for the death sentence.