By Rev. Christopher B. Cain

What is the problem with our churches and our country? In the face of the absolute destruction of America, the wholesale slaughter of the unborn, sex and human trafficking, along with the theft of our future generations wealth the silence is deafening. Those that do speak out rarely move beyond speaking and into action, and even fewer still can articulate a call to action. We allow way too much fear to drive our thoughts and determine our behavior. There are way too many of us in the Church and the Nation that suffer from a Spirit of Fear, but let me boldly remind you as 2 Timothy 1:7 says, “For God hath not given us a spirit of fear; but of power, love and of a sound mind.” Why then are so many ashamed to tell others of their Lord when the Gospel is the call to action, and the solution. Only Christ can change people, yet we preach the Gospel as a last resort rather than the spearhead of the assault.

I recently went to Portland Maine to do some preaching in Monument Park. For the second time this year the Lord had allowed me to go and speak to the City of Portland, and to all who were watching on the livestream about the need to change their hearts and seek the Lord in true Biblical Repentance. We must change our ways as a people and as a Nation if we expect to have the favor of the Lord upon us once again, we must seek the face of the Lord. We must come to know who the Lord is to truly have a grasp for our need for Salvation. How can anyone know he has a need for salvation if they do not even recognize their sin? how can they recognize their sin if no one preaches the Gospel? Obviously whenever you preach a message about repentance and calling out sin, it opens the door to spiritual attacks. Just before we began to speak some protestors came by with a huge cardboard sign that said, “Your God is dead.” I knew that it was to discourage us and to throw us off our game, but the reality is it wasn’t us who were playing that day, it was the Holy Spirit, thus the power of prayer drove them off in what seemed like less than a minute. “The wicked flee when no man pursueth: but the righteous are as bold as a lion.” (Proverbs 28:1 KJV)

The other night I had a similar experience where I was being trolled by some Satan worshiper who then sent my livestream address to a trolling website and invited a bunch of trolls to the stream to distract me and get me to react in an un-Christlike way. I know the handling of it was orchestrated by the Holy Spirit because what they meant to discourage me only emboldened me to preach the Gospel to many who otherwise may not have heard it that night if ever. God used what the enemy meant to discourage both times to embolden me and for the Gospel to be preached.

The reason I share these instances is to show that the wicked just cannot stand against the righteous. While I myself am not righteous, I am made righteous in Christ and it is the Christ within me that the wicked cannot stand against, so long as I stand in the Full Armor of God. It should embolden us when we face attack, to know that we are over the target, and Jesus will never leave us or forsake us. God will not permit you to be tested with more than you can handle, and it is He who delivers and sustains us. The power of the blood of Jesus Christ and the righteousness He imputes to the believer should cause us to see that the power the spiritually wicked have is merely an illusion. The most dangerous thing that can happen is for the Christian to wake up to the fact that we are not powerless and ineffective in Christ. We have been commissioned by Jesus Christ, to whom all power on Heaven and on Earth belongs, the Eternal God Jesus Christ has already won. The victory at the cross of Calvary is not an excuse for passive Christianity, it is a call to action, a call to storm the gates of hell! For those who say they are just one person, I would remind you we are not one, but we are one body in Christ. Even if you were the last one alive, I would remind you that; Moses was one, Sampson was one, David was one. We have Christ in us! 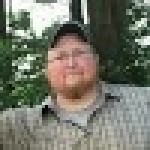 Rev. Christopher B. Cain is a fourth generation Gospel Minister who has a heart for the broken and the lost. Chris is the co-founder of Alive Ministries USA, a ministry he and his wife Elizabeth founded, along with the much appreciated help of his sister & editor Jessica J. Cain, to preach and teach the Gospel through encouraging devotions and Biblical commentary, in edition to speaking engagements. Chris also writes for the Wisconsin Christian News and the Fort Fairfield Journal. Chris injured his back in 2004 after being struck with nearly 2000 pounds of steel rebar while working on a construction site. The injury left Chris disabled, with damage to fifteen discs and in chronic pain. He was confronted with a greater need to rely on God for the strength and grace to endure his situation. Chris often speaks of his brokeness and frequently uses it as a jumping off point to connect with others who are just as broken, all be it in different ways. There is a blessing in our brokeness, in that we get to face who we are, surrender the broken parts and be remade by God all the while as we draw closer to God. We just have to surrender to God through Christ Jesus our Lord and Savior!

Chris hosts a livestream at 9:00 p.m. EST on weeknights in which he takes live prayer requests and shares Scripture at the Alive Ministries Facebook page, and on YouTube at https://www.youtube.com/channel/UCYKtKNf-Dps5TV6nBAKuBbA
Feel free to join us!