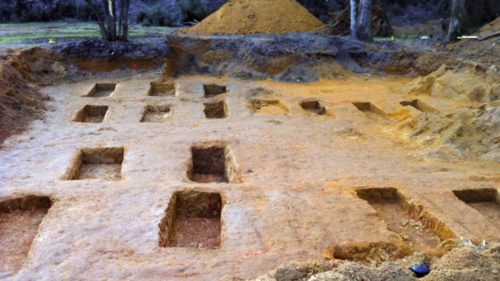 On Wednesday, June 19th, a decision was made to allocate $850,000 to Dr. Erin Kimmerle, a forensic anthropologist and her team of researchers, from the University of South Florida.  Dr. Kimmerle and her team had previously began a survey of the shuttered Arthur G. Dozier School for Boys located in Marianna, Florida on behalf of the state back in 2012.  During that survey, she and her team discovered 55 burials, 27 of which were deemed potentially "clandestine" due to their location outside of the established school burial grounds.  The daunting task now looming before Dr. Kimmerle and her team is a survey of the 1,400 acre grounds to find out if further excavation is needed.

Beginning operations on January 1, 1990, as the Florida State Reform School and underwent two more name changes in 1914 and 1957, before finally becoming the Arthur G. Dozier School for Boys in 1967.  Throughout it's history, the school has been continually linked with stories of abuse, beating, rape, torture, and even murder of students at the hands of staff.

On December 9, 2008, then Governor Charlie Christ directed the Florida Department of Law Enforcement to investigate the school in response to allegations of abuse, torture and murder brought forth by a group of "White House Boys."

Located on the South Side of campus, what became known as "the White House," was a small building students subjected to disciplinary actions would be sent to.  Those that were sent there and underwent punishment began to refer to themselves as "White House Boys."  One former student, Alan Sexton described the White House saying, “There was blood on the walls, blood on the mattress I was on, blood on the pillow. It smelled to high heaven. They turned on a great big industrial fan to keep people from passing by to hear the screams.”

The allegations that Law Enforcement were to look into also included reports that the boys would be beat with a three foot strap of leather and metal until in some cases, the boy passed out.  One former resident stated that he had been confined in the White House on eleven occasions and received over 250 lashes from the metal and leather belt.

Despite these findings, the Department of Law Enforcement report from the same year concluded:

Some reports by former students stated that in addition to corporal punishment, they were also subjected to sexual abuse at the hands of former staff members or other students. With the passage of over fifty years, no tangible physical evidence was found to either support or refute the allegations of physical or sexual abuse.

These findings are stated in spite of a history of investigations dating back to 1903 when it was established that the school commonly kept boys in leg irons.  A report from 1982 told of kids being hog-tied and kept in isolation for sometimes weeks at a time, and another report from 1985 told of residents being handcuffed and hung from bars for up to an hour at a time.  Despite all of this, the school was not be closed until 2011 because of "budgetary limitations."

Starting the investigation in 2012 was an uphill battle in itself, as initially the university's plans were denied by a Judge and state agency before the Governor Rick Scott and Florida Cabinet members gave approval.  There was still backlash, however, from residents of Jackson County and members of the local media who called the plan a "terrible project" and expressed concern of lingering bad press as a result.  Sid Riley, managing editor of Jackson County Times, a weekly publication wrote:

Riley said the groups "promoting this effort" would ultimately seek compensation and the "politicians are playing up to the minority voters."

By the close of that investigation, however, 55 unmarked graves and 51 sets of remains had been identified.  This creates something of a mathematical  dilemma as researchers, combing through records for the school, identified 98 deaths at the school between 1914 and 1973 which included two adult staff members and 96 children ranging in age from 6-18 years old.  Records for the school from 1914 to 1952 also include details concerning the burial of 45 individuals in an on site cemetery with the remains of 31 other individuals being sent elsewhere with "whereabouts unknown."

The initial investigation allegedly focused primarily around the location on the South Side of the grounds called "Boot Hill" which was a documented burial cite on the property during the era of segregation.  The Department of Law Enforcement investigation had identified and hastily marked 32 grave cites with the now rather infamous white pipe crosses.  As some sites state that the records concerning African American boys were limited at best, one can only question how many more bodies will be discovered as this new survey of the property unfolds.

Dr. Erin Kimmerle, who is leading the team, said she believed that more boys were probably buried at the school. It is highly unlikely, she said, that black and white children at the school, in northern Florida, would have been laid to rest in the same cemetery before desegregation, which means that white boys, like Thomas Varnadoe, may be buried elsewhere. Documents and witnesses make mention of other burial spots, but none are directly identified.

We can only wait to see how many more unmarked graves are discovered once the new survey begins.  At this time, it is scheduled to begin in the middle of July, 2019. 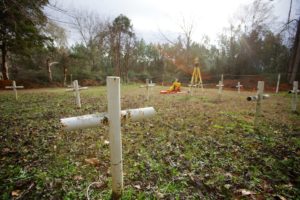