23 children were found in a single residence, most between the ages of two and 15 years old, after a raid was conducted Monday in San Cristobal de las Casas.  There were three infants, aged 3, 12 and 20 months.  The missing two-year-old, Dylan Esau Gomez Perez was not among them.

“None of the children (rescued) is my son,” Juanita Pérez, Dylan's mother is quoted by the AP as saying, sobbing. “I haven’t heard anything about my son.”

June 30th, Dylan went missing from a market in San Cristobal where he would generally spend his days helping his mother sell produce and playing with other children in the area.   According to his mother, no children had gone missing from the market before.

Investigators were able to recover surveillance footage that appeared to show Dylan being escorted from the area by a woman and a young female. 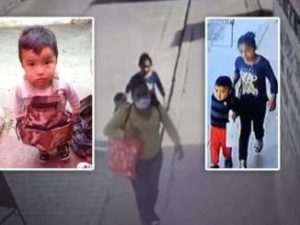 The Chiapas State Prosecutor, Jorge Llaven issued a statement explaining that the children recovered “were forced through physical and psychological violence to sell handicrafts in the center of the city,” adding the kids showed signs of “malnutrition and precarious conditions.”

“According to the children," Llaven said, "many of them were forced to go out on the streets to sell things, and moreover they were forced to return with a certain minimum amount of money for the right to get food and a place to sleep at the house.”  That place to sleep amounted to a piece of cardboard or blanket on the concrete floor.

During the raid, three women were detained.  They have been identified by Sopitas as Maribel "N", María Hortensia "N" and Juana "N."  The three are expected to face human trafficking charges due to forced labor.

The children were taken into protective custody and the investigation is ongoing.  Since their removal from the home, some have been found to have been previously reported missing.

The search for Dylan continues. 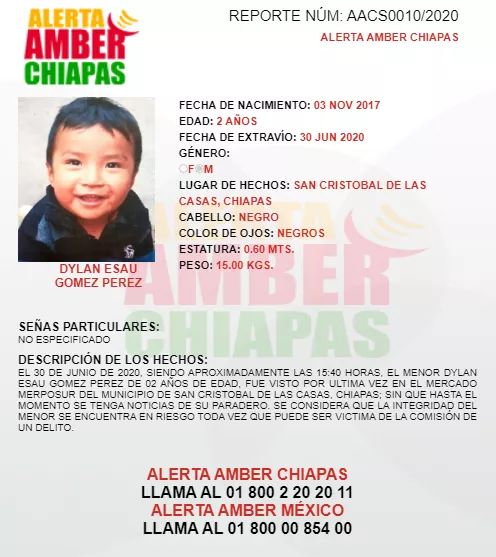