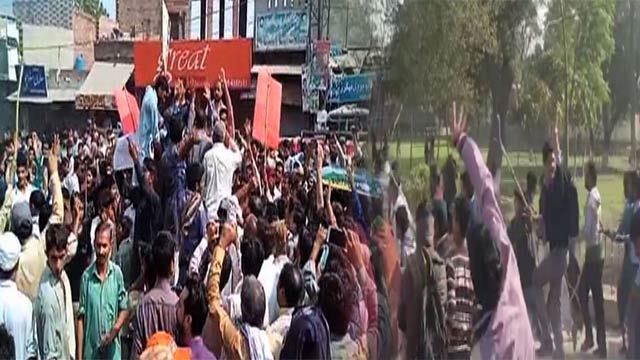 Over the last 75 days, Kasur, Pakistan has seen four boys between the ages of 8 and 12 disappear.  On Tuesday, September 17th, the remains of three of those boys were found, sparking protests that resulted in the police station being blocked and pelted with rocks on Wednesday.

According to Zee News, the most recent disappearance was an eight year old boy that went missing Monday night.  Before that, a 12 year old boy from Rana went missing on June 3rd.  A 9 year old and another 8 year old went missing from Ghausiabad on August 8th and 17th, respectively.

Punjab police have suspended two of their own for ineffectively investigating the disappearances.

Locals are also stating that a fifth child is missing and that they suspect a racket is behind the crimes.

According to Etc News, an autopsy report was released for 8 year old Faizan which reported that he was strangled after being brutally raped and tortured.  Samples have been sent to a lab for further analysis.

According to local authorities, police have arrested between 9 and 12 suspects and are awaiting results from DNA testing.