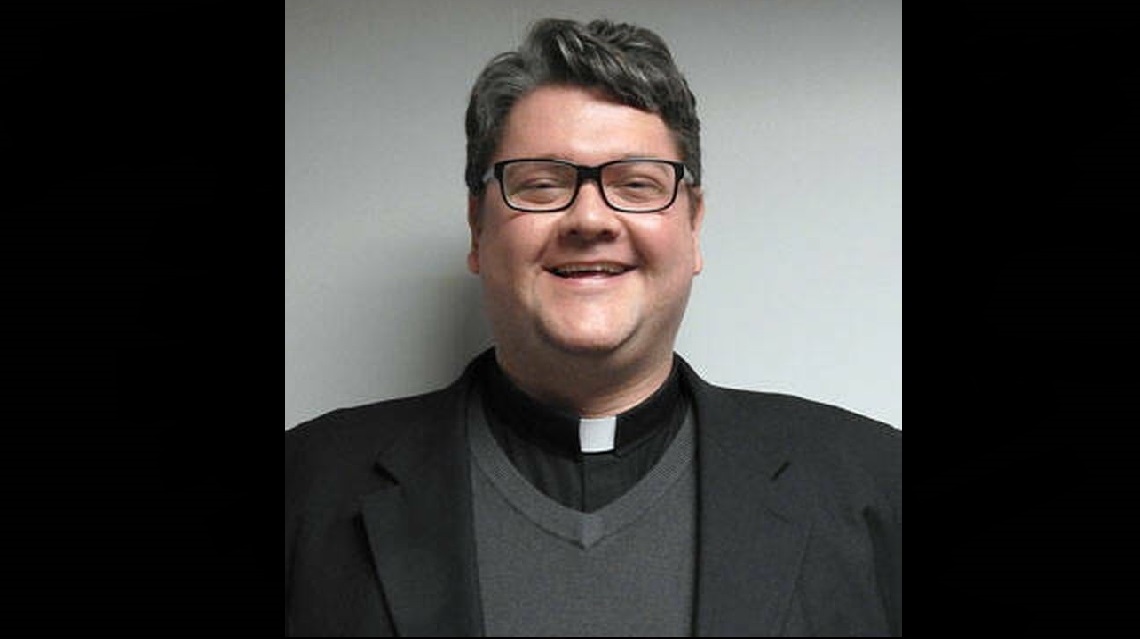 McWilliams was taken to the Cuyahoga County Jail where he was assigned a $100,000 bond.  Charges have not yet officially been filed yet according to court documents, but his arraignment is scheduled for 10 am Monday morning.

According to WKYC, the investigation began after an inappropriate text message was reported to have been sent by McWilliams to a teenager at St. Helen’s Church in Newbury where McWilliams worked with the youth program.

The prosecutors office has gone on the record to state that "there have been no allegations of an inappropriate relation or physical abuse involved in our investigation."

The Catholic Diocese of Cleveland issued a statement:

"The Catholic Diocese of Cleveland was made aware this afternoon that law enforcement associated with the Ohio Internet Crimes Against Children Task Force arrived at St. Joseph Parish in Strongsville this morning with a warrant to search the living and office spaces of parish parochial vicar Rev. Robert McWilliams for items related to possible crimes committed in Geauga County.  Law enforcement conducted its search and seized various electronic devices, including laptop computers, a cell phone, and an iPad associated with or belonging to Fr. McWilliams.  As a result of search, Fr. McWilliams was taken into custody. After being notified of the matter, the diocese immediately placed Fr. McWilliams on administrative leave pending the outcome of this matter.  St. Joseph Parish, Sts. Joseph and John School and the Diocese of Cleveland are committed to protecting children and stand ready to cooperate with law enforcement to assist in the investigation."

The investigation is ongoing as forensics will be conducting a search of the confiscated electronic devices.  Once he is arraigned on Monday morning, more information will certainly be made available.