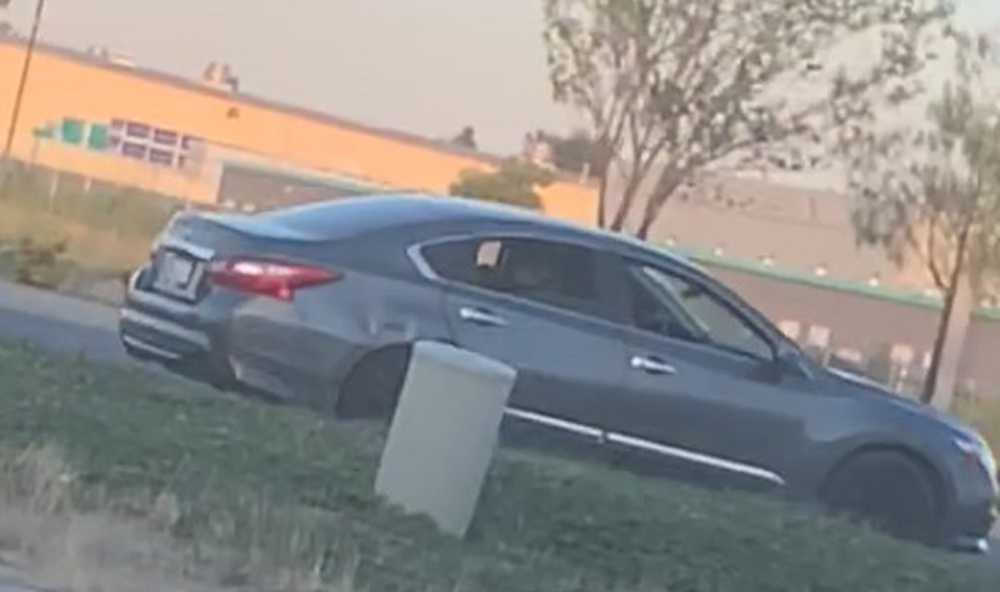 UPDATE: Police have determined that there was no attempted abduction. What witnesses saw was a young woman that had become intoxicated after swimming in the Santa Ana river, attempting to climb into the trunk of the vehicle when her friends were retrieving something from it. Upon extracting her from the trunk, they got her into the back seat of the vehicle and continued on their way.

Breaking news this morning out of Southern California is that police are investigating a possible kidnapping that occurred last night about 7:30 pm at an apartment complex in the 6500 block of Doolittle Avenue.

Surveillance footage caught two men attempting to force a young Hispanic girl, between 10 and 15 years old wearing a tankini, into the trunk of the car. After something of a scuffle, they put her into the back-seat of the vehicle and drove away.

Police have not confirmed that this is a kidnapping or abduction yet, as they have not yet received any missing persons reports, so they are unsure as to what they are looking at.

Currently, police are looking for two Hispanic males with either short hair, or shaved heads. At the time of the incident, both were wearing black shirts and dark shorts with white socks and white shoes.

The vehicle they were driving appears to be a Nissan Altima or Maxima with chrome detail, black wheels, and heavily tinted windows. There is minor collision damage on the rear right quarter panel of the vehicle. Possible first digits of the California license plate are 7UH.

Anyone with information is asked to contact Detective Brett Stenett at (951)353-7213.