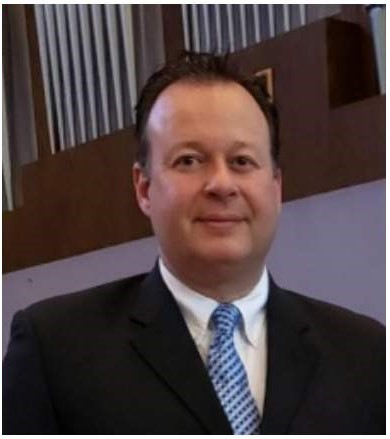 Newark Police Lt. John Formisano, 49, and Christine Formisano, 37 were in the process of finalizing their divorce which according to the New Jersey USA Today affiliate, had been filed June 7th citing "irreconcilable differences."

A 24-year veteran of the police force, John had been on the phone with Christine Sunday night shortly before she told her boyfriend, identified only as T.S., 40, that she saw a flashlight and said that John was there.  Leaving the bedroom, Christine locked the door behind her.  T.S. reports in an affidavit that he heard Christine yell “he’s got a gun, call 911” before shots were fired.

John then broke down the bedroom door firing three shots at T.S., hitting him in the arm, thigh and stomach.

Christine fled from the home and sought help from neighbors.  She knocked on one door, and then ran to another.  John gave pursuit and met up with her at the second home after she'd managed to open the screen door.  A neighbor reported what he saw to NJ.com.

“(Formisano) went in the front door,” Thomas Verrone said. "He shot the boyfriend three times and he shot the wife two times. She ran out of that house, went to next-door neighbor banging on the door, yelling she had been shot. But it was late at night so no one answered.  He came out, followed her and she went to the other neighbor’s house. She opened the (screen) door and then he unloaded more on her, she fell there.”

According to the affidavit, Christine was found dead on the neighbor's porch with shots to her abdomen, leg, arm and head.

North Jersey reports that John was apprehended in a traffic stop approximately 30 miles from the crime scene, near his parent's house, at 1:30 Monday morning.  John stated that he was dropping off glasses for one of their children when he showed up at Christine's home close to 11:30 at night.  He suspected that Christine had a male in her bedroom and, according to the affidavit, "blacked out." and began firing.

In addition to charges of murder and attempted murder, and unlawful weapon possession, John is charged with endangering a child as both of his children were in the home when he began shooting.