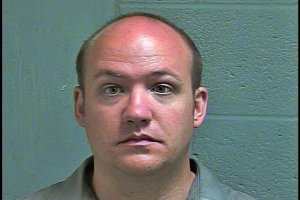 It's a scenario that you'd like to believe only happens in movies.  A daycare took their class to a field trip at a Midwest City, Oklahoma McDonald's.  One of the children, a 4 year old girl, went to use the restroom in the play area, but didn't return in a normal amount of time.

When one of the carers knocked on the locked door of the restroom, it took some time for there to be a response.  When the door opened, a man was standing there with his hands up saying, "I was just washing my hands."  The carer asked the girl if he had touched her and she said yes, indicating her genital area.  911 was immediately called.

Initially, Joshua Kabatra, 37, told police that he had begun to feel ill and approached the restroom.  He knocked and then entered, seeing the girl sitting on the toilet.  He said he vomited in the sink, washed his hands, and then left.  His story eventually changed and police confirmed that he admitted to molesting the child as reported by KOCO5 ABC News.

As of yesterday, he was still in custody with police and was charged with multiple complaints including two counts of first-degree rape and one count of lewd acts with a child.  It is not immediately known when he is due in court for arraignment.

Police stated that he was new to the area and encouraged people to look at his mug shot.  As they are not sure who they are dealing with, they don't know if there are other victims out there.