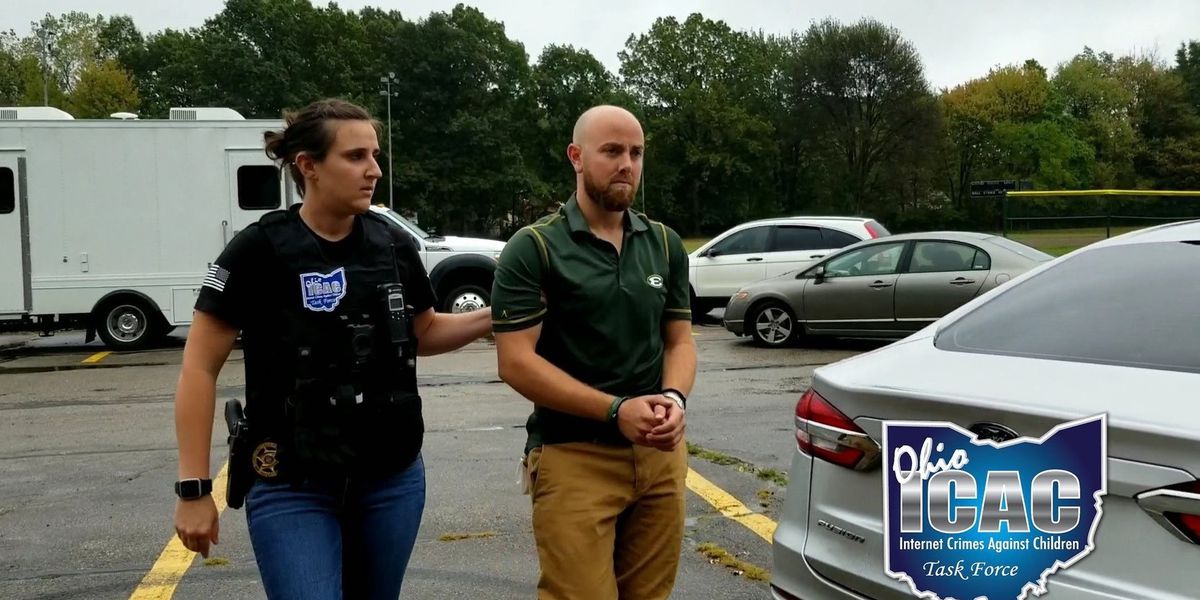 Patrick DeChant, 32, of Lakewood, Ohio, was hired by St. Edward High School in 2015 where he worked as a social studies teacher.  The principle stated that at the time, they ran a background check on DeChant and it returned no issues.

DeChant was arrested on Wednesday, October 2nd on a corrupting a minor charge after an Internet Crimes Against Children task force had been investigating him since September.  The following day he was out on bond after posting 10% of his $25,000 bail which had been reduced despite objections from the prosecutors from $50,000.  He was also ordered to wear a GPS monitoring device.

On Monday, October 7th, DeChant was arraigned in court where he waived his right to a preliminary hearing meaning his case will be heard before a grand jury. His bond was continued at that hearing.

On Thursday, the high school issued a statement that DeChant had been suspended and ordered not to have any contact with the students of the school.  The statement also stated that according to police, DeChamp is not accused of inappropriate contact with any of the students.

"We will trust the criminal justice system to handle the investigation, while reminding our students how important it is to tell a trusted adult anytime they have concerns about another’s behavior. Meanwhile, we are praying for everyone involved."

Which prosecution is holding much of the information related to this case close to their chests citing an "ongoing investigation," what is known is that DeChant is accused of soliciting sexual contact from an undercover agent posing as a 15 year old boy online.  The arrest was made when DeChant showed up to meet the agent in person.

His next court date was not immediately available.