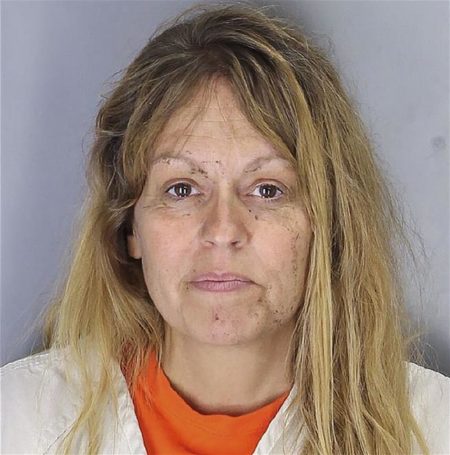 UPDATE: An article was posted yesterday, July 8th, that the second son, 7 year old Jacob has succumbed to his injuries.  As of yesterday, no murder charges had been filed.

Sherri Renee Telnas, 45, of Porterville, California is once again making headlines for all the wrong reasons.

In 2008, Telnas said in that "bad thoughts or voices" caused her to try to drown her then 10 month old son, Jackson, while they were living in Mineral County Montana.  She plead no contest on two lesser charges of criminal endangerment and was sentenced in 2009 to 20 years under the custody of Montana’s human services department.  According to the plea, this portion of the sentence was suspended in lieu of continuing psychiatric or other outpatient care and meeting the terms established for probation.

After a year in a state run psychiatric hospital, Telnas was given custody of Jackson in 2010 when the court-appointed psychiatrist stated he “had no concern about her ability to parent and testified that he sees no risk factors to indicate that she may de-compensate in her emotional wellness.”

Tulare County Sheriff's investigators were called to Avenue 184 outside of Porterville at 5:30 am where it was reported a woman had been acting strangely. There they found two boys that had been pulled from an irrigation ditch and were receiving CPR from the individual that had called 911 and the boys' grandmother.  First responders took over and transported the unconscious children to the hospital.

Both boys were transported to Valley Children's Hospital where 12 year old Jackson later died, and the younger brother, Jacob, was transferred to the Intensive Care Unit.  The family is now trying to get his father to the hospital to see his son as events in 2008 had created a rift in the family and he had been out of contact with his children for at least a year.

Authorities are conducting an autopsy on Jackson to determine cause of death.

Telnas is being held without bail and has been charged with murder and attempted murder.