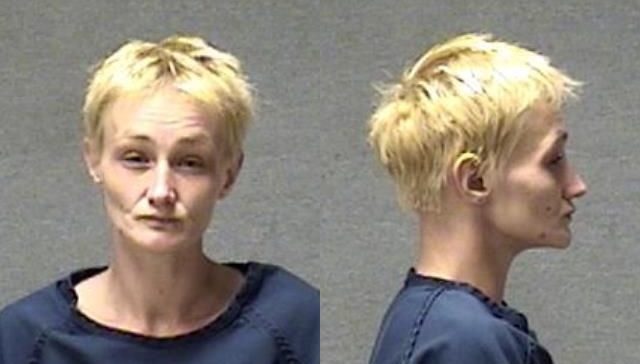 Shae Anna Marie Styhl, 3 months old, was found unresponsive Saturday morning at a Muncie YWCA where she and her mother had been staying for four days. Paramedics responded and transported her to a hospital where she was pronounced dead.

Shae’s cause of death has not been released. Medical examination has revealed though, that some of her skin was in various states of peeling as usually associated with burns. Another possible large burn or a blood blister was located on her genitals.

It has been revealed that there were various fractures throughout her body in different states of healing, skeletal trauma, and that she was also malnourished.

Her mother, Sarah Ann Style, 32, of Muncie is under arrest for neglect of a dependent causing death. Her bond has been set at $50,000.

Sarah stated to police that she had attempted to use ointments on what she thought was a rash or irritation around the child’s mouth, but claims that she was unaware of the other injuries.

On Monday, court records did not list an attorney for Style.

The matter is still being investigated by Muncie Police Department and the Delaware County Coroner.