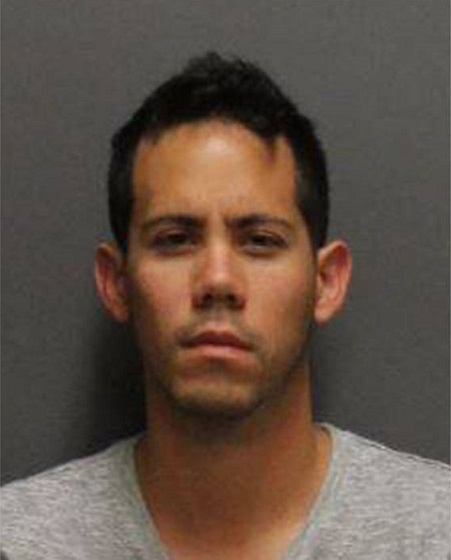 UPDATE:  Friday, November 8th, the Orange County District Attorney's office announced that Matthew Zakrezewski is now facing charges related to seventeen boys that he cared for, some as young as two years old.

He is now charged with 33 felonies including including lewd and lascivious acts with a minor, oral copulation of a child and possession of child pornography.  If convicted on all charges, he could be sentenced to a maximum of 698 years to life in prison.

An investigation was opened in May of this year, into Matthew Antonio Zakrezewski after parents of an eight year old child he had been taking care of came to authorities to report that they thought he had touched their son inappropriately, and that they were concerned for the safety of their child and others.

During the initial investigation, authorities located what they believed to be a second victim, a seven year old boy from Los Angeles.

Zakrezewski, 30, was arrested at a Southern California airport on May 17th after he returned on an international flight from Spain, according to Laguna Beach police.

Within the week of Zakrezwski entering his first not guilty plea, police identified four additional victims, and had sixteen voicemails to follow up on.

Since that time, police have continued to investigate the self described 'manny' and many more charges have been filed against him.  Since the investigation started, police have identified a total of 12 victims ranging in age between four and ten years old which were identified through video evidence and public tips.  The abuse is said to have happened between January 1, 2016 and May 17, 2019.   Authorities have not ruled out the possibility of still more victims, and are asking for the public's assistance.

According to one of the websites where Zakrezewski marketed his services, he "passed a LiveScan Department of Justice and FBI fingerprint & background screening. I adore both children and pets, so if you would like a fun-loving, energetic person that will engage your child and keep them safe, then I hope you will give me a chance to take part in your family!"

On Friday, Zakrezewski entered a not guilty plea for the additional charges and was scheduled to be back in court November 8th.  He is being held at the Orange County Jail on $1.25 million bail.

“These parents were led to believe that they could trust this man with the most precious thing in their entire world – their children,” Orange County District Attorney Todd Spitzer said in a news release Friday. “Instead, he preyed on these innocent boys and violated that trust in a vile and sadistic way.”

Anyone who has information related to this investigation or any other unreported incidents involving Zakrezewski is asked to contact the Laguna Beach Investigations Division line at (949) 715-1300.