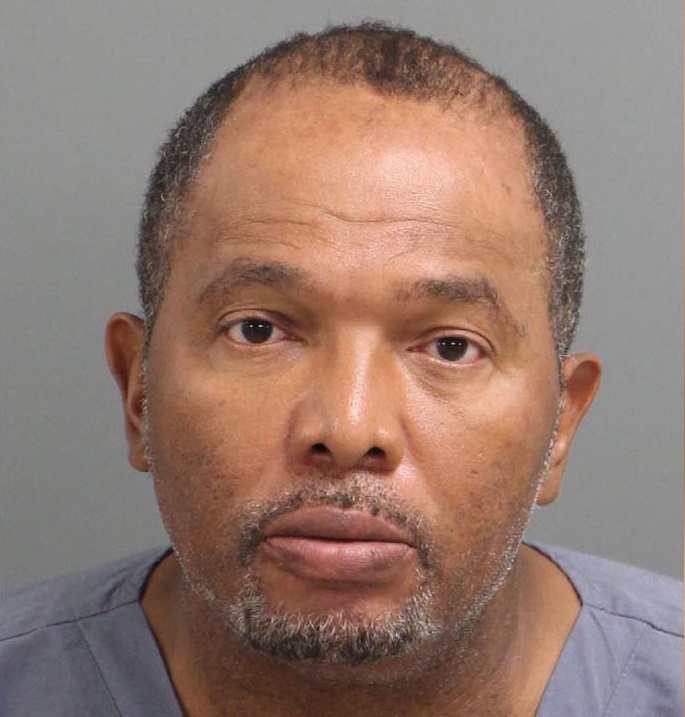 Just before 10 pm Carl Barkley, 54, of Raleigh, North Carolina is said to have stabbed his wife and three children.  According to ABC 11, prosecutors state the cause of the incident as an argument that escalated to the point that Barkley became enraged when the children took his wife's side.

Police were dispatched to the scene shortly after 10 pm and found the wife, Brenda, with two of the children at one residence, and another injured child was at a separate residence.  Brenda had managed to take the knife from her husband and as they scattered to other homes to try and find help, Barley fled the scene in his pickup truck.

Barkley was later located at Nash General Hospital in Rocky Mount where he had checked himself in.  Transport was arranged and he is now in police custody and charged with two counts of assault with a deadly weapon with the intent to kill and inflicting serious injury.  His bond has been set at $2,500,000.00.

Barkley appeared in court Monday morning via a video feed from the Wake County Detention Center and said, "It's just unfortunate and I hate, I hate what happened."  His next court date is scheduled for September 27th.

Barkley is a registered sex offender.  In August of 2001 he was convicted of indecent liberties with a minor who was indicated to be 13 at the time.  Barkley was then 35 years old.   He also served 11 months in 2013 after being convicted of possession of a firearm by a felon, and an additional charge of assault with a deadly weapon from 2009 according to the North Carolina Department of Public Safety offender records.