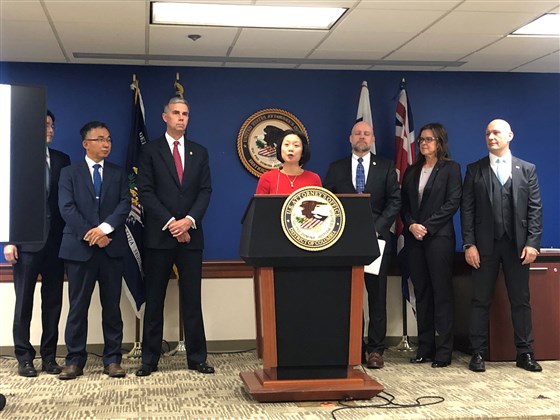 'Welcome to Video,' an entirely English website on the darkweb that hosted over 8 terabytes consisting in part of 250,000 unique videos, (over 1 million in total according to Bloomberg,) was seized by the United States government in March of 2018 after a joint investigation with the South Korean government resulted in the arrest of 23 year old Jong Woo Son who ran the server out of his home.  He is currently serving an 18 month sentence for charges related to child pornography.

In a press conference Wednesday morning, U.S. Attorney for the District of Columbia Jessie Liu declined to comment on "what may be happening with respect to extradition" for Son.  The indictment unsealed on Wednesday revealed that in August of 2018, Son was indicted by a grand jury on nine charges related to child pornography and money laundering.

Deputy Assistant Attorney General Richard Downing said, "There are many children depicted in these videos that have not been identified."  According to the press release, 45% of the videos analyzed to date contain images  previously unknown to the National Center for Missing and Exploited Children.

Also announced at the press conference was that since the website was seized, 337 people have been arrested and still more are in the process of being identified despite the fact that the site was not only run on the darkweb, but also only did transactions through cryptocurrency.

"You may try to hide behind technology," Liu said, " but we will find you and arrest you and prosecute you."

"The scale of this crime is eye-popping and sickening," John D. Fort, chief of IRS criminal investigations, is quoted by NBC as saying during the press conference.  “Our agency’s ability to analyze the blockchain and de-anonymize Bitcoin transactions allowed for the identification of hundreds of predators around the world.”

The investigation into the website, which operated from June 2015 through March 2018, and had a warning in red splashed across the main page not to upload adult pornography, resulted in the rescue of at least 23 minor victims according to the Department of Justice press release.

“Notably, the operation is responsible for the rescue of at least 23 minor victims residing in the United States, Spain and the United Kingdom, who were being actively abused by the users of the site.”

“Darknet sites that profit from the sexual exploitation of children are among the most vile and reprehensible forms of criminal behavior,” said Brian A. Benczkowski, assistant attorney general. “Today’s announcement demonstrates that the Department of Justice remains firmly committed to working closely with our partners in South Korea and around the world to rescue child victims and bring to justice the perpetrators of these abhorrent crimes.”