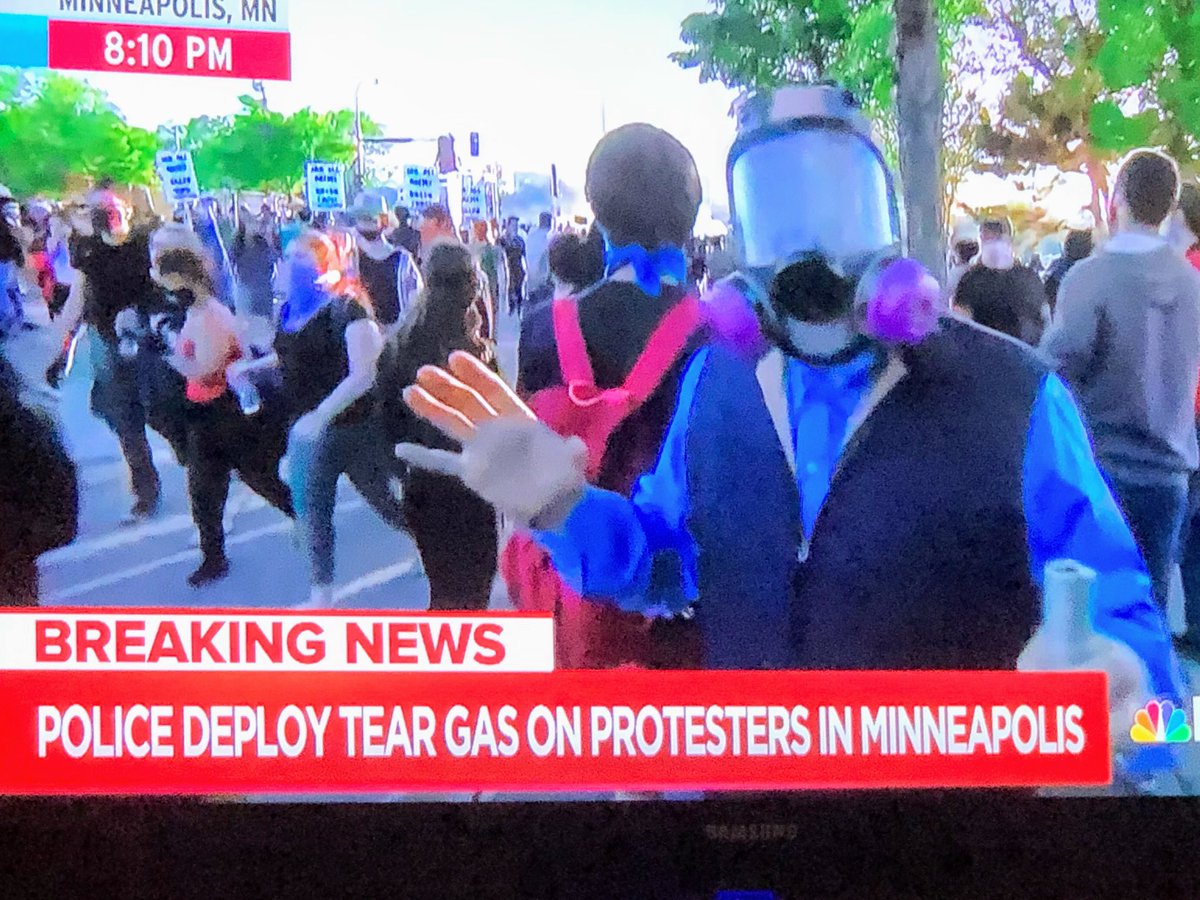 Since the death of George Floyd one week ago today on Monday, May 25, the phrase, “I can’t breathe” has become a mantra for the stark realities of police brutality and racial oppression that plague our world. But, what many people do not realize, George Floyd was not the first one to coin the phrase.

I have spoken previously about predictive programing in my “Through the Black to the Future” Part 1 and Part 2 articles.

I live about 20 minutes south of Minneapolis. For four days, the streets were littered with protestors and rioters, many of whom eerily brandishing “I can’t breathe” signs alongside COVID-19 face masks. Coincidentally, on Friday night, the same night the National Guard rolled into town with rubber bullet riot guns and tear gas canisters, the citizens of Minneapolis suddenly all seemed to own their own personalized tear gas respirators. Is this standard Midwest urban apparel, found in the back of the closet next to the outdated moon boots and unused snowshoes?

Back to the “I can’t breathe” mantra.

“Repetition is what makes fake news work, too, as researchers at Central Washington University pointed out in a study way back in 2012 before the term (“fake news”) was everywhere. It’s also a staple of political propaganda. It’s why flacks feed politicians and CEOs sound bites that they can say over and over again. Not to go all Godwin’s Law on you, but even Adolf Hitler knew about the technique. ‘Slogans should be persistently repeated until the very last individual has come to grasp the idea,’ he wrote in Mein Kampf.”

So, now we’ve got the entire country CHANTING the slogan, “I can’t breathe! I can’t breathe!” on the top of our lungs for hours and hours a day during protests all over the country. But is there something more to this than the masses immortalizing a murdered man’s last words?

People.com reports: “Kobe first wore the ‘I can’t breathe’ shirt in 2014 to protest the death of Eric Garner, a black male who was killed by police in New York after an officer placed his arm around Garner’s neck, during which he uttered, ‘I can’t breathe.’”

For the past 3 months, the whole world has been under threat of contracting and dying of a virus—a virus that, amongst its many symptoms includes, according the CDC, “shortness of breath or difficulty breathing.”

Now, all of these same quarantined citizens, who have been cooped up behind closed doors, chests chock full of their own co2 fumes from mandatory mask mandates, are out on the streets en masse wearing tear gas respirators while chanting, “I can’t breathe!”

“I can’t breathe.” Is this a tribute to the last words of a martyr…or is it a slogan? And if it is a slogan, what is the idea behind it?

Sarah Chamizo, writing for House of Intuition, in her explanation of sigil magic, writes, “Sigils are probably one of the most common kinds of magic we all see in the modern world, but no one seems to notice. Sigil magic is the art of using symbols and imagery to manifest a specific intent or outcome. A meaningless shape or figure that is given meaning by the magician and then deployed, released among the target population to spread like a virus.”

Chamizo goes on to give step-by-step almost “arts and crafts” like directions as to how to create your own sigil. Step one is to determine your intention; and step two (pay very close attention to this), is to obscure the meaning. You cannot cast a spell on someone if they’re on to you. So, you do like your Serpent-Master does—you deceive them—you trick them into it.

How do you get a bunch of masked people, all whipped up into a frenzy, scared to death that they might catch a virus that could asphyxiate them to their death to chant in passionate agreement, “I can’t breathe! I can’t breathe!”  Simple. You get them to believe they are chanting it for some other reason—for some good objective—for some righteous purpose. Once they are unified in their cause—they won’t give too much thought to the words they are sending up into the ether, or the unseen power that may lurk beneath them.

“Until you realize how easy it is for your mind to be manipulated,
you remain the puppet of someone else’s game.”
― Evita Ochel