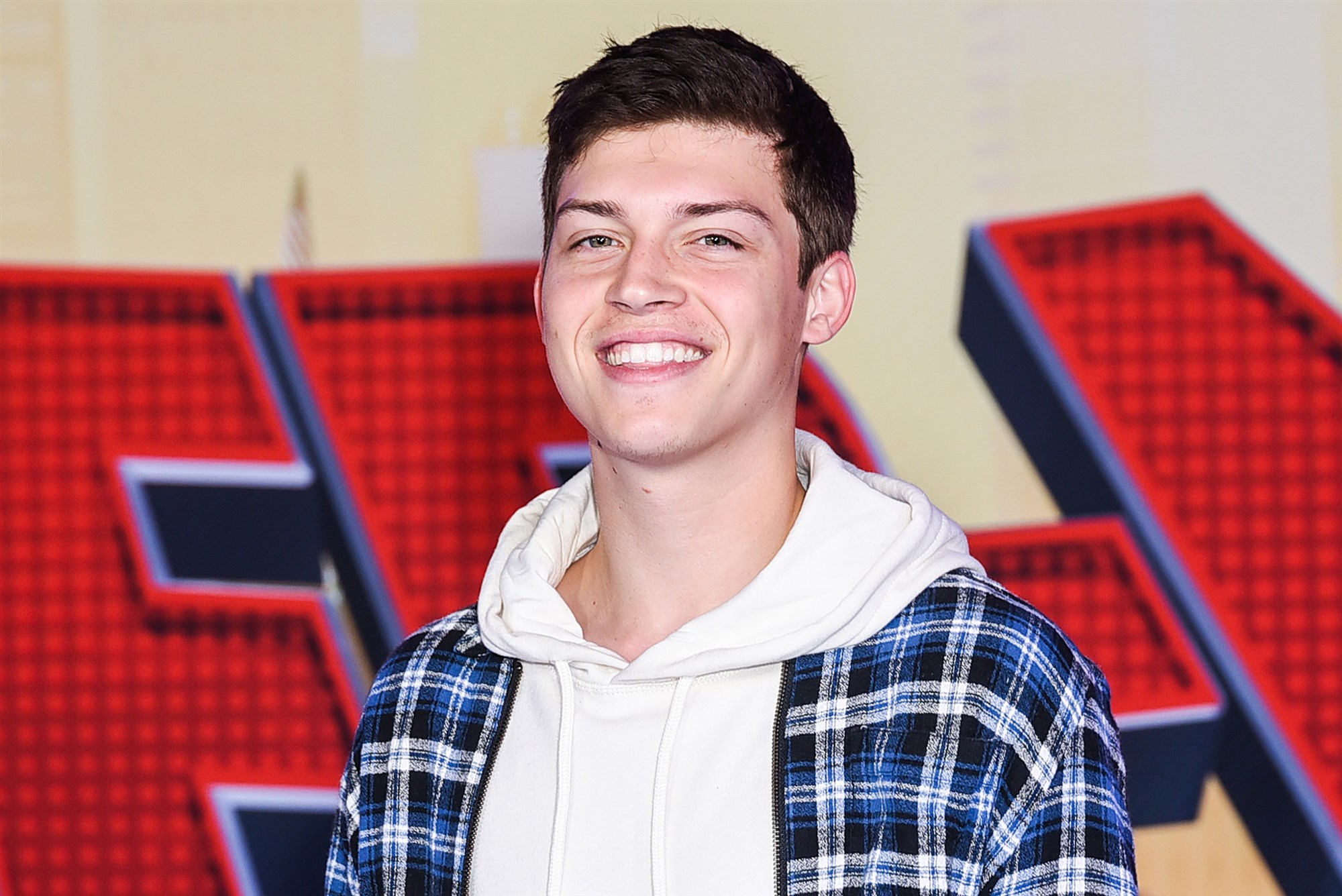 Ricky Garcia attends the premiere of "Spider-Man: Into The Spider-Verse" on Dec. 1, 2018 in Westwood, Calif. Presley Ann / Getty Images file

“It was through the support of my family, friends, all my supporters, and most of all God that I summoned the courage to speak out against the executives who sexually abused me as a child,” Ricky Garcia wrote in a statement on Instragram one day after he filed suit in L.A. County Superior Court. “Sadly, I know my experience is just one of many and I hope my actions today will help others who experienced abuse to know that they are not alone and that there are people in this world fighting for them.”

He added in he comments, "So please if anyone is out there right now going through something even remotely similar to what I went through, please, we all need to speak out about this-- yes of course I want justice for the POS that manipulated me, but more importantly this is about saving anyone else who feels like they don't have a voice, because I can tell you this. YOU are not alone. This can can happen to anyone that you know. It's just a matter of talking about this to people and letting your close ones know that it's not okay. So if anyone knows anyone else that's going through this s**t as well. It's so important to speak up for them"

Ricky Garcia found fame when at just 14 he was picked by Simon Cowell in the 2013 season of X Factor and was put into a boy band named Forever In Your Mind.  Despite being cut before the final 16, the boy band was signed to Hollywood Records and an EP in 2016.

The lawsuit, filed on Tuesday the 10th by Ben Meiselas of Geragos and Geragos and Michael Popok of Zumpano Patricios & Popok, it is alleged that Joby Harte used the “well-worn pedophile playbook of grooming and seduction" and "groomed Garcia into his personal sexual plaything that could be passed around to his friends in the business."  Also named in the lawsuit are former APA agent Tyler Grasham, manger-producer Nils Larsen, Hot Rock Media, Cohen/Thomas Management and its partners Sheri Andersen Thomas and Paul Cohen, as well as APA.

The lawsuit further states that "Harte sexually assaulted Mr. Garcia on an almost weekly basis, and also made him available to be abused.

It additionally states that Harte had on numerous occasions had gotten Garcia blackout drunk and raped him. Garcia would wake up naked and confused. Harte allegedly assaulted Garcia on trips, after parties, at the manager's home, and at spas.

Grasham was fired from APA in October 2017 over sexual abuse allegations in an unrelated case.  He stands accused of making sexually aggressive statements and licking Garcia's toes in 2014.

Larsen denied the allegations against him and provided a statement to People through his attorney.  “My client Nils Larsen categorically disputes the claim. He intends to sue the attorneys for malicious prosecution after he prevails in this action."

Garcia says that he didn't voice his accusations sooner because he was afraid of possible repercussions.  But in 2018, suffering "immense shame and embarrassment," Garcia confided in Harte's former assistant who then told his mother.  At the time, Harte dismissed the claims as 'horseplay,' but is later said to have admitted that he didn't act like an adult.