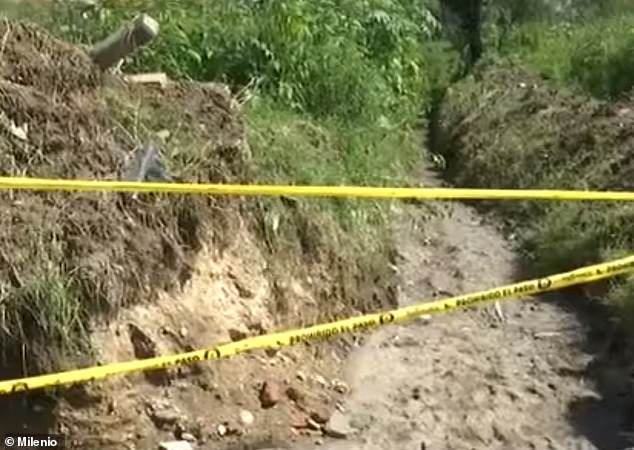 Citizens in the La Primavera neighborhood in Zapopan notified authorities that there was a strong odor coming from a grassy field.  It wasn't long before heavy machinery had to be called in to excavate.

Excavations moved from a ditch to a 32 foot deep hole as well where still more bags of dismembered parts were located.  As of September 9th, 75 bags have been recovered, but authorities have not ruled out the possibility that there could still be more.  They have no way to estimate at this time, how many dismembered bodies may be represented in those bags.

In among the bags, they have determined that there are eight intact bodies.

‘It’s a very complicated forensic job because the corpses have to be put together first as soon as it is possible. Then they have to identify them,’ Tamez Guajardo said.