Manchester, New Hampshire: There have now been two arrests related to the case of missing 7-year-old Harmony Montgomery that was last seen some time in October 2019 at the age of 5, but investigators explicitly stated that "the search for Harmony continues." 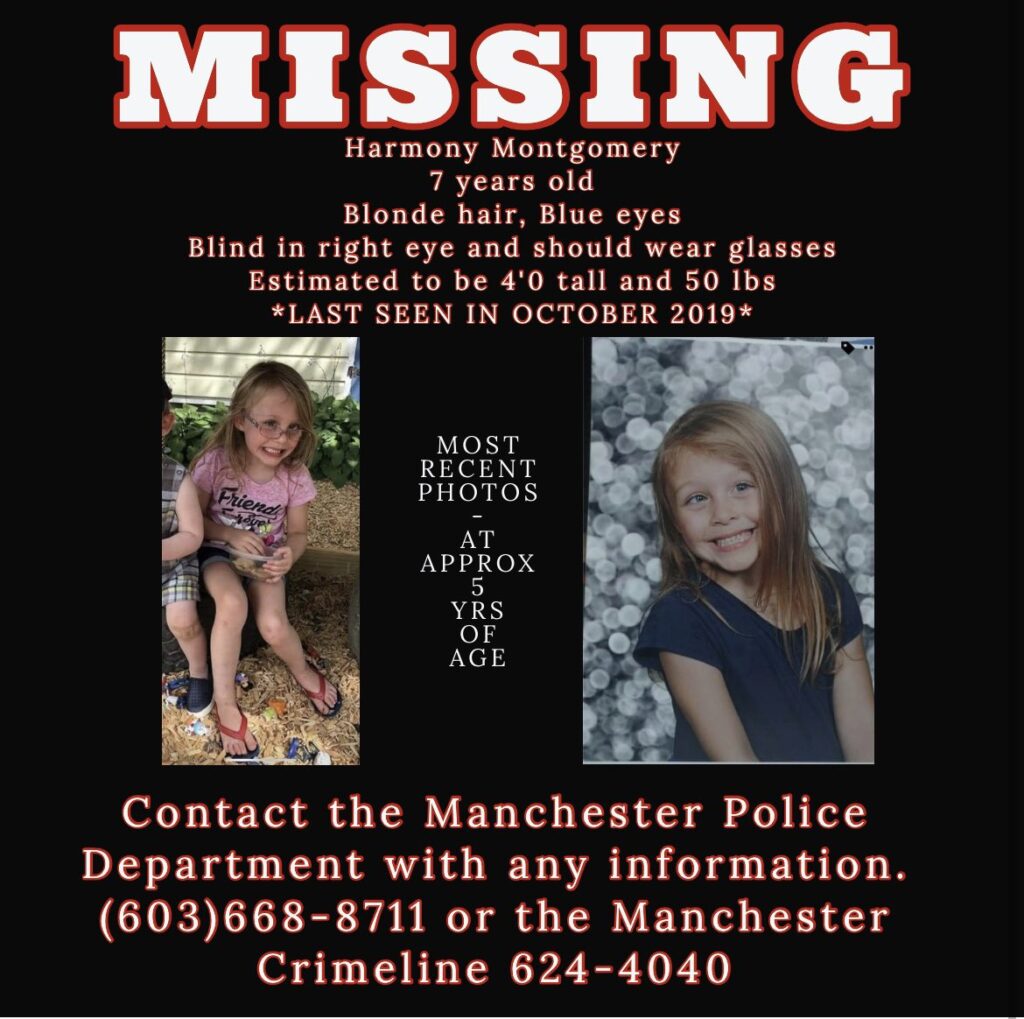 Harmony was reported missing by her biological mother on November 18, 2021 to the New Hampshire Division of Children, Youth and Families. Crystal Sorey, 31, stated that she hadn't seen her daughter since April 2019 during a video call in which she said her daughter seemed frightened.

On December 27, DCYF notified the Manchester Police Department that they were unable to locate Harmony and four days later, the police department made a public appeal for assistance in the case, soon thereafter establishing a dedicated tip line.

As of two hours ago, the reward for information leading to the location of Harmony has grown to $60,00 due to pledges from numerous sources including the United Stated Marshals Service and local business owners.

Officers spoke with Kevin Montgomery, Harmony's great-uncle on December 30, 2021. In an affidavit filed in the case, he had observed Harmony with a black eye during a visit in July 2019. At that time, he told officers that he had contacted DCYF.

Montgomery waived his right to arraignment yesterday and through attorneys, entered a plea of not guilty. He was ordered to be held in custody "based on clear and convincing evidence that the defendant's release will endanger the safety of the defendant or of the public," according to the Boston Herald.

The second arrest was that of 31-year-old Kayla Montgomery, Harmony's stepmother.

According to WCVB she was arrested on Wednesday, January 5 for welfare fraud. Investigators allege that, despite the fact that Harmony was not living with them, she continued to collect benefits in Harmony's name between December 2019 and June 2021.