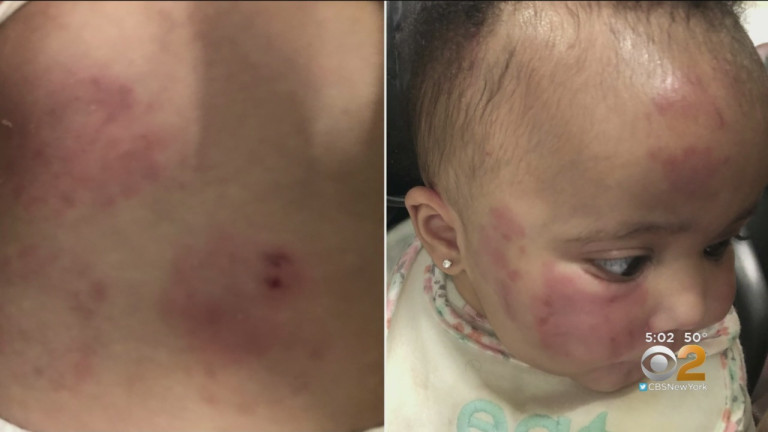 A mother is seeking answers after her daughter was left with bruises, scratches, and bite marks while at J&A Nursery in Newark, New Jersey.  It is legal in New Jersey to operate a daycare without a license provided that no more than five children are being cared for at a time.

The New Jersey Department of Children and Families released a statement saying, "Our records do not show an operating license or registration for J&A Nursery in Newark. Please note that Family Child Care Homes are permitted to operate in New Jersey, without a license, if they are caring for five or fewer unrelated children. However, if programs wish to receive federal subsidies they're required to voluntarily register with DCF and comply with applicable regulations. Providing care for more than five unrelated children requires a child care center license, and operating without such a license may subject the operator to prosecution."

The mother, 23 year old Anari Ormond states that there are eight children daily at the J&A Nursery where her daughter, 6 month old Zuri Ormond has been attending since October.

On November 12th, Ormond states that she received a message from the owner of the daycare asking her to call on her lunch break.

She states that she was informed that her daughter had been left “unattended around a 2-year-old boy” whom bit her daughter on the stomach three times.  Ormond rushed to the daycare, which was about 17 minutes from her work.

Once there, there was evidently more to the story.  “[The owner] began a story saying she went upstairs to get Neosporin and fell down the steps while holding my daughter and she was severely bruised,” Ormond explained to People.

She rushed her daughter to St. Barnabas Hospital to be thoroughly checked out.  Doctors ruled that it appeared as though Zuri had a slight concussion, but no internal bleeding.  They could not locate any fractures in her leg.  Ormond reported that she was discharged with antibiotics.

After leaving the hospital, her next stop was the police department.  An investigation is currently being conducted by the Newark Police Department’s Prosecutor’s Office, Special Victims Unit and Child Protective Services.