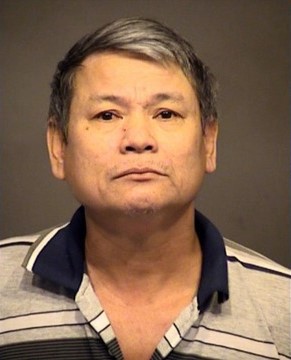 A nail salon employee is behind bars after the mother of a five year old boy noticed the man's hand down her son's shorts, and surveillance camera footage corroborated her story.

Minh Hoa Truong, 57, was evidently hired by the nail salon, Premier Nails and Spa in Mesa, Arizona, about a month ago to work as a janitor, Lily Nguyen, the owner of the salon for 12 years said.

The mother had just finished getting her nails done when her son said that he had to use the restroom.  Upon exiting, Truong grabbed the boys arm and pulled him close to his own body before putting his hand down the boys shorts.

When interviewed by police, according to Pix11, Truong told police he worked at the shop and the “girl” came up to him and said “hi” and that’s when he pulled “her” and played with “her.” He then told police he wanted an attorney.

Truong is being held on kidnapping and molestation charges.