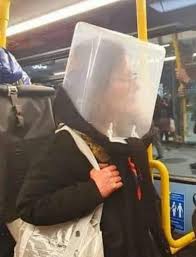 Despite nationwide lockdowns, church closings, and heavy fines imposed upon small business that keep their doors open in spite of non-constitutional governor executive orders, a California judge has just ruled that strip clubs are exempt from regulations in San Diego County. The judge’s ruling was in response to two local strip clubs, Pacers International Showgirls and Cheetah’s Gentleman’s Club, who successfully sued the state of California.

Meanwhile, in the same state, small business owners who have been forced to shut their doors, lay off employees, or go out of business altogether, are handed nothing but police raids, threats, and heavy fines.

So, while drinking a beer in a bar six feet way from a fellow patron or singing worship songs in church without a mask on somehow endanger the lives of fellow Americans, stripping down to the nude or giving some guy a lap dance is deemed safe…and apparently, essential.

As 2020 wears on, the stories become more and more ludicrous. How about this one? CNN reported just days ago that the Civil Aviation Administration of China (CAAC) released new in-flight guidelines on November 25th which advise their flight attendants to wear diapers during flights to protect them from potential expose to COVID from using the lavatories onboard.  Diapers are to be worn in addition to the already sanctioned dress code of medical masks, double-layer disposable medical gloves, goggles, disposable hats, disposable protective clothing, and disposable shoe coverings.

In related stories, here is the new Center for Disease Control standard issue BioVYZR helmet—the hazmat suit for air travel! Yeah…this is going to go over reeeeal big amongst an impatient consumer group that unleash a chorus of unclicking seatbelts, popping off like popcorn before the wheels of the plane even touch down on the runway for a landing. 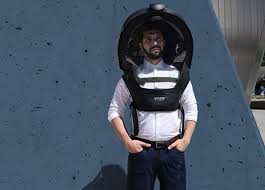 Shoe sellers in South Africa are forbidden from selling open toe shoes. (I guess COVID spreads through the big toe over there in Africa?)

Meanwhile, Las Vegas is incorporating adult hall monitors—a crowd police that breaks up large groups inside of buildings and tosses out people who measured as “too hot” when passing by the thermal cameras posted by the entrances.

Perhaps one of the silliest comes from David Leiter, a Bali-based photographer, who while dining at a beachside café noticed a sign informing all of the customers to wash their elbows before entering the establishment.

Is it just me, or are we being trolled? Folks, this has got to be a joke. The whole world is being trolled. Right? They got away with herding us like cattle into our houses for nearly a year, and now they’re just rubbing our noses in it. Time to put our foot down—just make sure its confined within a close toed show…you know…for health reasons.