A 61 year old woman asked her friend to hold onto a box for her ahead of a police search of her residence.  It contained sex toys, she allegedly told her friend, and she didn't want to be embarrassed should the police stumble upon them during the search.

The voluntary search concerned the disappearance in February of her 67 year old partner.

The friend is said to have had possession of the box since April.

Only when she began to detect a foul odor coming from the box did she think to open it. 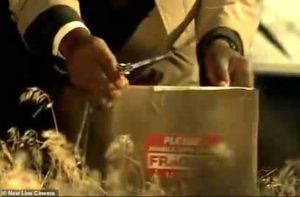 She immediately contacted authorities though, to report that she had found a rotting head.  Local media reports that the woman had to be treated for a panic attack after making the gruesome discovery.

The owner of the box, identified only as Carmen M. has been arrested and is being questioned by authorities.

Testing is currently underway to determine whether or not the severed head belongs to the missing partner.