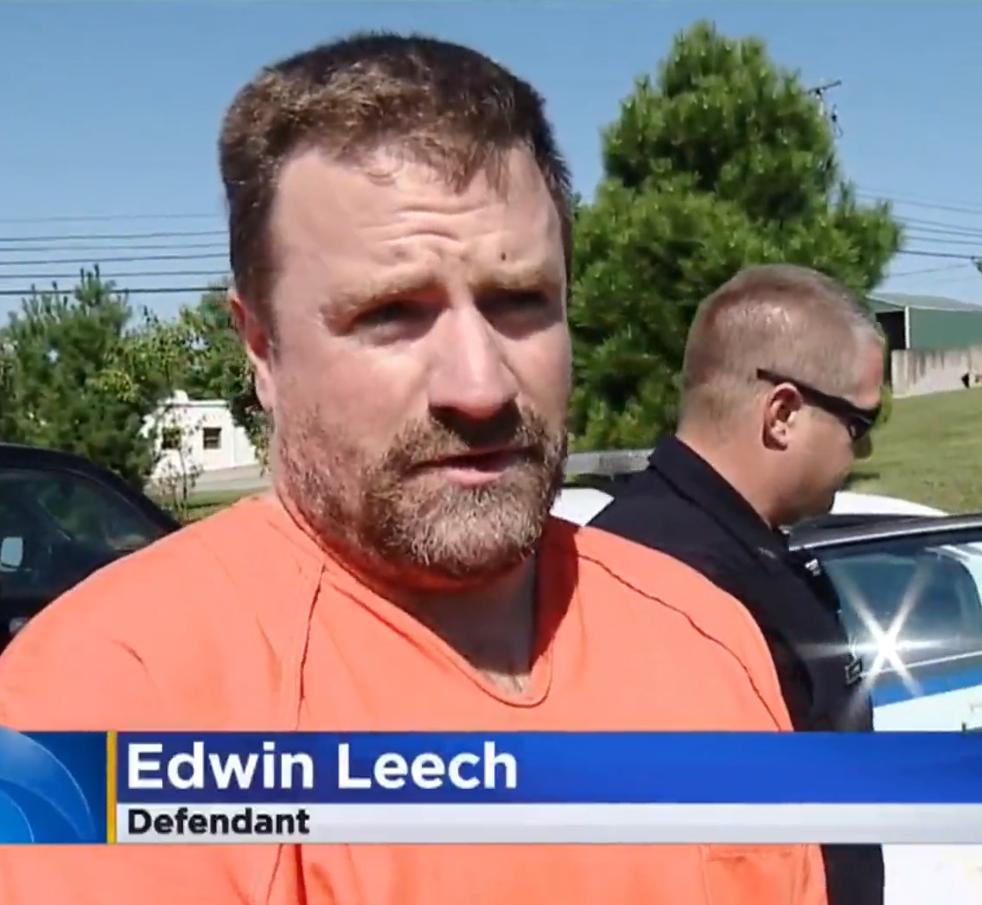 43 year old Edwin Leech appeared in a court room Friday, September 6th where he waived his hearing for mental health reasons.  His case will now be transferred to the Court of Common Pleas.

Leech stands charged with making terroristic threats as well as defiant trespass and disorderly conduct.  He has been ordered to undergo a mental health evaluation by District Judge David Kovach, and will remain in custody at the Butler County Jail until a bed is available at an inpatient treatment facility.

While leaving the courtroom on Friday, he spoke to KDKA reporters and said, "It was never a threat.  I was trying to educate people."  He went on to say, “I was experiencing a crisis due to commercialized religion. The teachings of that church are far away from the true teachings of scripture.”

Defense attorney Michael DeRosio stated “He has some mental health issues that need to be addressed. Fortunately, he doesn’t have firearms.”  DeRosio added that this was “Understandably a scary situation, but he will be getting the help he needs and hopefully we can avoid him being a crisis again.”

The charges Leech is facing stem from an August 21st disturbance caused at a morning prayer meeting at Victory Family Church in Cranberry.

According to statements, the church was in the midst of "21 days of prayer" when Leech entered the sanctuary just after 6 am and sat down, away from where the nearly 100 gathered people were praying.

“He is not a member and to the best of their knowledge he has never been there before,” Cranberry Township Police Sergeant Chuck Mascellino said.

The affidavit of probable cause states that Leech began to ask questions about the church and location of the pastors which were received as suspicious to those in attendance.  He additionally tried to engage the individual leading the prayer service, making a declaration that he was a 'second messiah,'

The most disturbing statement made though, as relayed by Sergeant Mascellino was that “He made a statement of how this is how mass shootings happen.”  Leech is said to have additionally sated "I have mental problems."

Understandably in response to such a statement, the church enacted security procedures and locked down.  Pastor John Nuzzo said the police were called out of an abundance of caution.

Initially when asked to leave Leech refused and had to be escorted from the premise by a security guard.  When police arrived to the scene, it is reported that Leech became even more agitated and began yelling at officers.

The motorcycle he is said to have been in possession of was not his, and the address he provided to police was an empty lot without any structures on it.  Leech was arrested Wednesday morning and arraigned the same day.

According to an affidavit, Leech stated that he wanted to "teach them a lesson" on how to treat people.  He allegedly also stated that he is “an expert in mass shootings because he studies them a lot.”

Leech is reported to have told police that he is taking medications for his undisclosed mental condition.

Leech is also awaiting trial in Washington county where he is facing charges for strangulation and simple assault.