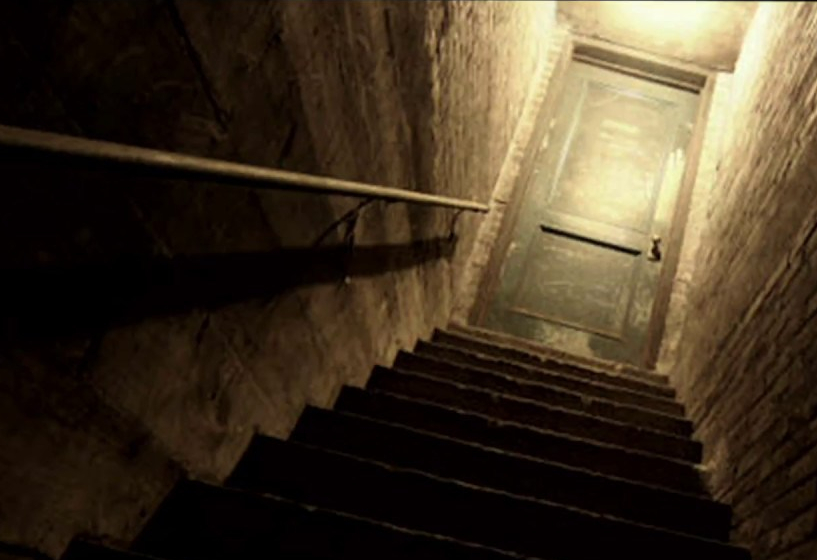 People write in to Through the Black regularly concerning a myriad of different spiritual matters. Some of them are more commonly experienced than others, but behind all of the emails is a tangible fear of being thought to either be crazy or discounted as a liar. Some are even aware of that fear when they send the messages. What’s also clear is that they are afraid to discuss what they’ve experienced at their church or small group because the supernatural has been basically edited out of modern day Christian faith.

To paraphrase LA Marzulli, we profess to believe a Book that speaks of talking donkeys, floating ax heads, the parting of the Red Sea and the Jordan, water into wine, a virgin birth, multiplication of bread and fish… to be the Word of God. We shouldn’t be trying to explain everything away with a “logical, scientific” explanation as that has only removed all supernatural possabilities from the church, placing it all solely in the hands of the occult. I suspect this is where much of the fear of discussing such things in a church group comes from; the unspoken belief that they will be automatically cast in the role of “not a real Christian,” and “decieved.”

So we’ll step up and fill that gap, (to what extent we can,) and start by telling you that just because you experienced something you aren’t sure how to explain, it does not mean that you are crazy or not an actual believer in Jesus. It’s our hope that by occasionally sharing stories like the one below, with our answers publicly, we can begin to help remove some of the fear and stygma that goes with such things.

What’s starting this off is actually an e-mail that came in in the middle of the volunteer drive. Graciously, the author gave permission to share their story so long as their identity was protected. Segments of the correspondance are reproduced below with only minimal editing.

I want to start off by saying that I am a born again Christian and became saved at the age of 5. In my early 20s I was living in sin and became pregnant with my daughter. Her dad (who is not born again) and I bought a house that was about 100 years old during my pregnancy and not too long after we moved in, I started feeling very uneasy anytime I was in the basement. I felt like I was constantly being watched. Regardless of where I was in the basement, I had the same uneasy feeling of being watched and would frequently run up the stairs with the laundry when it was especially bad. I didn’t say anything to my daughter’s dad at the time and just kept it to myself. When my daughter was about 2 years old, she started putting her pretend food in front of the basement door. When I asked her why she said “for the baby” and pointed towards the basement door. I thought that she left a baby doll in the basement because I would have to take her downstairs with me when her dad wasn’t home to watch her when doing laundry. I would go downstairs and there was no babydoll there. This happened over and over again and she started taking the pretend food with her and putting it on the steps. When I asked her why, I got the same answer “for the baby”. At that point I was extremely creeped out and no longer took her down with me.

I found out years later that my daughter’s dad also felt uneasy in the basement. He said that he heard a lot of scratching on the basement walls like something was trying to get out. With the house being so old, the basement being almost completely underground and with the walls being made of stone and not block, I knew nothing could be living in those walls.

First I want to start by saying that I am sorry you felt so alone in your experience for so long. While it may not be a basement in all cases, I am sure many, (myself included,) would be able to raise their hands if asked if they ever had unexplainable heebie jeebies and felt as though they were being watched, whether in a room of their house, or even outside that caused them to run from the area at least once.

The fact that you were born again when this occurred is great. You’d already overcome the most important battle in your life and been translated from the kingdom of darkness into the kingdom of the beloved Son (Col 1:3). However, being saved is not a magic cure-all that makes a life all glitter and unicorns. Rather, you’re birthed onto a battlefield where you have to immediately find your feet, start building strength to raise your shield, and learn an almost completely foreign way of operating. Being saved, in and of itself, does not drive the kingdom of darkness back like some magic bubble.

At the moment of salvation, you became a new creation (2 Cor 5:17) and were given not only the armor of God, (Eph 6:10-18) but also the authority (Luke 9:1,Luke 10:19 needed to be able to survive on the battlefield. As is made clear in the parable of the talents (Matt 25:14-30), God expects us to use the things He gives to us, regardless of our level of success. He doesn’t give things for us to set them on a wall and admire them. I am not saying this as an admonishment to you. Rather, it’s a failure of the church at large, to disciple new believers and equip them for the battles they will face.

On the flipside of things, the enemy is very legalistic. The very word used for Satan in the Hebrew (הַשָּׂטָ֖ן) which is transliterated as hasatan, means “accuser, adversary.” (I’ve heard it said that it’s actually the title for a lead prosecuting attorney in Israel to this day, but I cannot readily find anything to verify that right now.) Another word to be aware of is found in Ephesians 4:26-27. The word used for “place” is (τόπος) topos which conveys the meaning of ‘permission’ and even ‘legal right.’

When it comes to your basement spefically, if a previous owner had allowed demonic forces admittance to their home, they see that as their residence. They don’t much care if the deed on the property has a new name on it. Just as ritual sites can retain summoned presences, if no one aware of their authority in Christ cares to speak up, they’d just as soon remain and see if they can’t find greater permissions and rights.

Cleansing a new home is always a good idea just for the fact that you never know what has gone on there before and what doorways or topos where opened by others. It doesn’t have to be some long, drawn out ritual or procedure though. Simply praying through the rooms is enough when you are secure in your identity in Christ. That’s not to say that it won’t work if you have doubts, but if you allow those doubts to grow, you may have to do it a few times until you really, truly learn that Jesus has all authority.

You mentioned that your daughter was putting out imaginary food for a ‘baby.’ There are several possible answers for this, but none of them are ghosts. I’m going to be blunt about that. When people die, there is no “lingering” on this side of things. It’s not found anywhere in Scripture. Demons, however, are master deceivers. They’ve had thousands of years to study and learn how humans act and can impersonate when they so choose. I am not going to say for certain that this is what was happening here. I don’t feel a clear conclusion can be drawn as your daughter (thankfully,) doesn’t seem to remember that time.

Many would likely be quick to just attribute her action to an “imaginary friend.” And while that is a possability, the fact that your ex later reported to you that he heard things down there makes me not want to brush her actions off as such. As a young child, or your ex, as not saved, they would both have been more susceptible to attacks from the enemy. The fiery darts mentioned in Eph 6 are often explained as involuntary thoughts, feelings, or impressions, sent by an outside force. Given the demonics skill at deception and their knowledge of how humans function, it’d be an easy game for them to turn a benign basement into a place we fear to tread. Taking all aspects of what you describe into account, this possability makes the most sense to me.

You mentioned later that you became aware of the activities of your ex in the basement. As you report that you were creeped out by it from early on, I can’t help but wonder if his viewing habits pre-dated moving into that location, or if they were cemented while there. The viewing habits certainly did not help things any as it would have just opened more doorways into his own life and then by extension, into the home.

In the end, we all need to remember that it’s not flesh and blood we wrestle against (Eph 6:12). There is a real enemy out there that we usually cannot see until it manifests in the lives of other people. There is nothing wrong at all with rebuking the enemy when we feel as though there is something amiss and feel as though there are unnatural eyes on us. It’s not giving the enemy a place by acknowledging that he’s real. Rather, allowing that presence to remain and trying to ignore it will allow it to slowly worm its way into our lives. So speak up! Pray up! Send praise up to God!

Jesus won an immesurable victory for you on the cross. Remind the enemy that you are well aware of that and have claimed it for yourself. That very cross made a spectacle of him (Col 2:15) and he hates it. Don’t shrink from claiming every ounce of that victory that He won. He paid a great price for it, and wants to see it claimed to the fullest. You don’t have to allow the enemy to oppress you and set up a camp in your home. Send him an eviction notice.