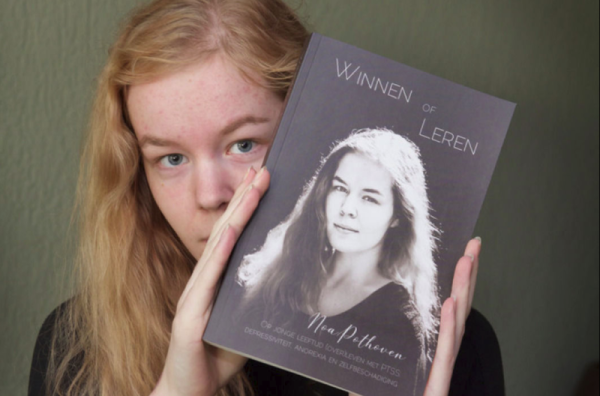 Noa Pathoven, 17, has died from "legal euthanasia" in the Netherlands.

She was just seventeen. A time when most young women are starry-eyed and thinking about their futures.

Noa Pathoven though, had been carrying a secret for years. As a young girl, she’d been molested on two separate occasions while at a friend’s house, and when only fourteen, she was raped by two men. Out of fear and shame, she told no one. Not even her parents.

Eventually, the stress of what she had endured began to take a toll on her physically and she was hospitalized with severe anorexia to the point that she had to be placed in a medically induced coma and fed through a tube to keep her organs from failing.

Legally in the Netherlands, those between the ages of 12 and 16 must obtain parental consent when seeking physician assisted euthanasia. The “stringent” requirements contained in the “Termination of Life on Request and Assisted Suicide (Review Procedures) Act,” states that:

“…doctors may honor a patient’s appeal for euthanasia provided that the request is voluntary and well-considered, and the person’s suffering has been deemed unbearable with no prospect of improvement. “

While many of the articles written at this time concerning Noa’s choice focus on the controversial aspect of her decision, I have yet to find one that addresses instead, what she dealt with as a child and young adult. Not a single one cared to look up the statistics that show that one in six women will likely either be raped, or escape an attempted rape at some point in their life. Severely under-reported are the number of sexual attacks perpetrated against boys and young men.

So instead of helping to break down the stigma that people feel after being attacked, most of the articles have been doing nothing more than singing the praises of a strong young woman that chose to end her life after failing to receive the help she truly needed to heal from her ordeal.

The doctors that signed off on Noa’s request, agreeing that there was “no prospect of improvement” failed her.

Please, hear me. If you are feeling as though there is no hope, reach out, just one last time. There is always hope, so long as there is breath in your lungs. Noa was quoted as saying that she “breathes but no longer lives.” To a secular society, depression and PTSD are things that can at times be managed, but there is no true cure for. At best, they can offer ways to “cope.”

Science cannot explain what happens in a life when someone turns their life over to Jesus. Only He is able to fully heal the deep wounds of a past and give true lasting joy. He paid the full price on the cross (Gal 3:12-14,) so that we can experience life, and that more abundantly (John 10:10). He never promised that we would have an easy life (John 16:33,) but He did assure us that He’d never leave us, (Matthew 28:20,) and that He’d work everything for good in the end (Romans 8:28).

Addendum: Since this story first hit the media, there are those now speaking out saying that the reports that Noa died from euthanasia are a lie and that she actually died in a hospital refusing all treatments offered as she had stopped eating and drinking.

Whether it was by injection or as a result of organ failure due to her refusal of fluids, the fact of the matter is that a young woman has died because she didn’t understand that there was in fact hope in Jesus Christ.

Her parents tried psychiatrists, and even at one point, electroshock treatments, (which some reports say Noa refused,) but did anyone tell her the Gospel? Life hurts. It’s different for everyone, but we all experience pain and traumas of one form or another. We all need the Great Physician. I can’t help but think of how many people she could have reached. Young women, like herself, that had been molested or raped. She could have presented them with the truth of healing and victory in spite of circumstances. But the legacy she’s left now, to those that hear her story, is one of surrender.