Cornelius, North Carolina: On the morning of Saturday, December 17, shortly after 10:00 am, the Cornelius Police Department arrested the parents of 11-year-old Madalina Cojocari for failing to report her disappearance. 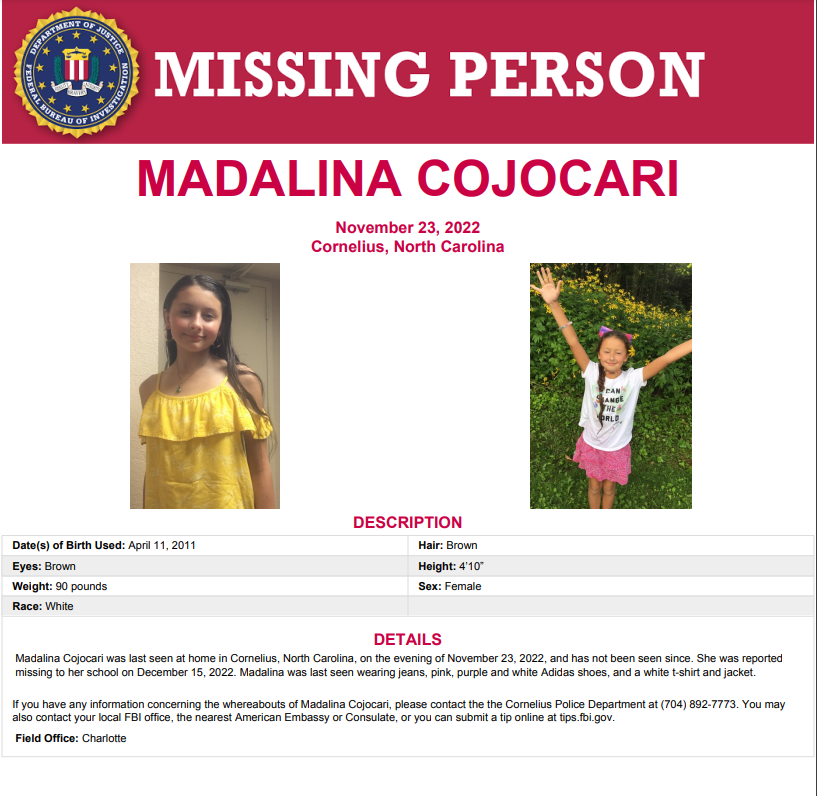 Diana Cojocari, 37, and  Christopher James Palmitter, 60, are both currently being held in the Mecklenburg County Detention Center.

On Sunday evening, the Cornelius Police Department issued a press release seeking assistance from the public in locating Madalina.

According to information that has been released at this time, Madalina was last seen at her home on November 23 but was not reported missing until December 15. That initial report was made by her mother to a school resource officer at Bailey Middle School where she was enrolled as a student.

She is described as weighing about 90 pounds and standing 4'10" tall with brown hair and brown eyes. She was last seen wearing jeans, pink, purple and white Adidas shoes, and a white t-shirt and a jacket.

As the investigation continues, law enforcement has been seen at the home searching both the interior, and the exterior, going so far as to excavate portions of the back yard.