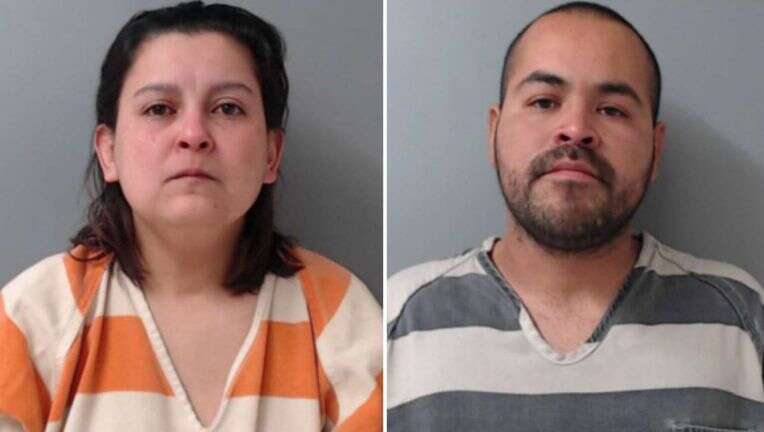 Monica Dominquez, 38, and Gerardo Zavala Loredo, 32, of Laredo, Texas have been sentenced to prison.

Two parents that were arrested in February for the death of their 2 year old daughter and her discovery in a 5 gallon container of acid were sentenced to prison on Friday, November 15th.

Monica Dominguez, 38 and her husband, Gerardo Zavala-Loredo, 32, both plead guilty to the charges they faced.

Monica, who was on probation for a previous charge concerning injuries to her 9 month old son at the time of the arrest, was initially sentenced in April to 10 years in prison as a part of the revocation of her parole.  In that case, her son had sustained six fractures; two to each leg and two to his right arm.  Both Monica and Gerardo denied harming the boy, but Monica eventually pleaded guilty and received a sentence of 10 years probation in 2016.

Gerardo accepted a plea deal concerning the charge of tampering with evidence of a human corpse and was sentenced to 14 years.

Monica was also charged with tampering with evidence of a human corpse as well as endangering a child and abuse of a corpse.  She was sentenced to an additional 20 years in prison which is to be served consecutively to the previous 10.

Monica stated that their daughter, 2 year old Rebecka Zavala had drowned when left unattended in a bathtub.  Due to the state of her remains when they were discovered by authorities, no charges of murder could be leveled against the parents.

Monica said that she had asked her husband to assist with disposal of the body.

Four other children between the ages of 1 and 11 that were in the residence at the time of the arrests have been taken into custody by Child Protective Services.