Jazmine Rose Robin was born premature at 29 weeks on April 30th, 2018.  She spent some time in the NICU before being released to her parents as a healthy baby girl on July 3rd.  Over the course of only eleven days, Jazmine experienced at least two severely traumatic events that ended her life.

It took about ten months for the autopsy to be competed on her small frame.  When the results came back, however, they revealed that she had suffered two skull fractures, 71 cracks in her ribs and 23 long bone cracks. KHOU also reports that the autopsy indicates that her brain was "markedly liquified."

"It doesn't matter who it is. You need to be held responsible for the life of this child," said Virginia White, Jazmine's great-grandmother. "I don't care if it's my daughter or my son. If you did it, you have to put on your big girl panties and take responsibility."

Her parents, Jason Paul Robin Jr., 24, and Katharine White, 21, who had continued to live their lives as normal, were finally arrested on June 24th and 25th respectively.  The initial charge against Robin was murder and White initially faced a charge of injury to a child by omission.  Robin is currently being held at Harris County Jail due to parole violation, and White is out on bond.

On Tuesday, September 3rd, a Harris County Grand Jury upgraded the charges against both parents to capitol murder for Robin, and murder for White.

Jazmine was not the only child of Robin and White.  They had a son before Jazmine was born and he has been placed in foster care.  Their youngest child, born after Jazmine, is being cared for by Robin's parents.

Note: Many of the linked articles contain further details of what Jazmine suffered in her short life.  The details are difficult to stomach, so proceed with caution.  Additionally, this is a well written timeline, but the language is a bit coarse. 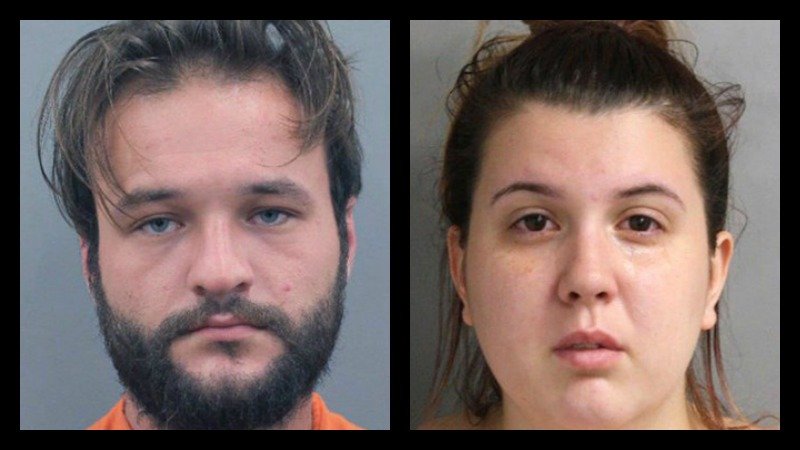 Teenagers help rescue one of their own from exploitation

Teenagers help rescue one of their own from exploitation

Arrest made in Denver dismemberment case