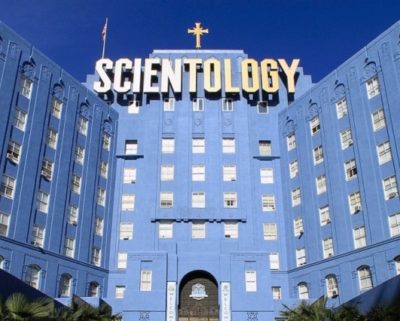 Yesterday morning, a team of victims' rights attorneys filed what they state is the first of a number of lawsuits in Los Angeles Superior Court against the Church of Scientology and leader, David Miscavage.

“Scientology for decades has sought to quash dissension, cover up its long history of physical, emotional, and sexual abuse of its members, including its most vulnerable members, its children, and weaponize its doctrine against those who escape and find the courage to speak up. This is just the beginning and we are not going to stop until they do.”

Filed on behalf of Jane Doe, the lawsuit details her life in Scientology and Sea-Org.

According to the lawsuit, Doe was born into Scientology in 1979 and beginning at the age of six, was a member of the Cadet Org where she was expected to work and clean from 8 am until midnight under "militaristic conditions" without provisions for regular schooling.

Beginning at the age of 10, she underwent Bullbaiting.  According to the beliefs of Scientology, the reactive mind holds traumas from past lives.  In order to deal with these, members of Scientology are trained to not react under different circumstances including being yelled at and threatened with physical or sexual abuse.

At the age of 15, in 1994, Doe joined the Sea Org in California.  As a part of joining the Org, members sign "billion year contracts."  During her time in, she worked out of the Golden Base and became a steward for Miscavage himself.

Due to her proximity to Miscavage and his wife, Shelly Miscavage, Doe was placed into confinement in "the Hole" in 2005 for a period of three months.  According to the lawsuit, this is a set of double-wide trailers where senior executives or those accused of ethics violations are held in isolation.  Once released, she was subjected to three months of manual labor.

Eventually in November 2016, Doe attempted to escape Scientology by stowing away in the trunk of a vehicle belonging to an actor of a promotional video she was working on as it left Gold Base.

Due to the conditions of her departure, Doe was threatened with disconnection from her mother and brother.  This is a Scientology practice of excommunication which prohibits current members, even family, from contacting those that have been deemed an enemy of Scientology.

To avoid disconnection, Doe returned and began the process to "route out."  The process to leave on good terms involves interrogations and surveillance, which according to the lawsuit, took three months.

In 2017, Doe began to work with Leah Remini, well known for her Emmy award-winning series on A&E Leah Remini: Scientology and the Aftermath.  According to the lawsuit, Doe even appeared on an episode in November of 2018.  After this episode, a web page was produced with, what the lawsuit states was libelous content concerning Doe's removal from Scientology and lack of honesty.  The website featured "© 2019 Church of Scientology International. All Rights Reserved" at the bottom of the page.

The lawsuit states that from the time of 2017 through June of 2018, Doe was subjected to Scientology's Fair Game policy established through a policy letter by L. Ron Hubbard himself back in 1967.  Scientology states that this policy was canceled 50 years ago, but Doe attests that she was "stalked, sueveilled and followed" in addition to the attacks on her character as a result of her work with Remini.  This is not an uncommon event as there are scores of reports from other defectors, lawyers, critics, journalists, and anyone deemed an enemy of Scientology, that they have been subjected to stalking, surveillance, harassment, and smear campaigns.  According to the Fair Game policy, those that are deemed to be seeking to damage Scientology "may be deprived of property or injured by any means by any Scientologist without any discipline of the Scientologist.  [They] may be tricked, sued, or lied to or destroyed."

When asked to comment about the recent filing, the Church of Scientology stated:

“The Church of Scientology International has not received the complaint, but from what we have seen in the press, this is another shameful publicity stunt by Leah Remini and one of her employees.”