Yankee Doodle went to town
A-riding on a pony
Stuck a feather in his cap
And called it macaroni.

Legend has it that a “Yankee Doodle Dandy” is in reference to a “doodle” (an antiquated term for a simpleton); and that the lyric, “stuck a feather in his hat and called it macaroni” was a British insult aimed at American soldiers during the Revolutionary War, inferring that these uncivilized country bumpkins, by simply putting a feather in their coonskin hats, imagined themselves to be on par with the European elite. Macaroni (fka maccaroni) was a mid-18th-century term for a male who, “exceeded the ordinary bounds of fashion.” These fashionable fellas dressed, and even spoke in, “outlandishly affected and epicene manner.” Epicene, for those of you not up on the politically-correct adjectives of yesteryear, alludes to men having characteristics typically ascribed to the other sex. So yeah, the Brits were basically calling the Americans effeminate fatheads (aka fools).

But let’s get back to the correlation that the British soldiers made between plumed hats and the European elite. Where does this idea stem from? Well, more than likely, it is in reference to the famous plumed hats worn by royalty during the Order of the Garter ceremony, an annual gala still held to this day in England, which began in 1348 under the reign of King Edward III.

The official story is that this celebration honors brave and outstanding citizens who exemplified outstanding shows of heroism, chivalry, or bravery. Since the Order of the Garter was established, there have been 990 Garter Knights (Sirs and Dames) knighted. The celebrations are filled with pomp, with every piece of the royal family’s garb having deep traditional (and no doubt esoteric) meaning.

The part of the royal costume we are going to focus on specifically in this article are the garter hats worn by the British royal family—the Tudor Bonnet. The bonnet itself is a soft crowned round brimmed hat made of black velvet and trimmed with an excessively large plume. The plumes are either a white ostrich feather or a black heron feather. The official story is that these feathered ceremonial headdresses are a symbolic emblem linking the current royal family back to the bloodlines of the Egyptian pharaohs (which already, on the surface, alludes to some pretty occultic undertones if you know anything about the pharaohs, their gods, their religion, or their rituals).

The official motto of this annual garter festival is, “Honi soit qui mal y pense,” which roughly translates as, “Shame on him who thinks evil of it”—a rather strange motto for an honor bestowed upon those being nationally recognized for their great acts of chivalry. Who, I ask, would consider rewarding heroism or outstanding public service as evil?

Well, interestingly enough, that is where the feathers come in. The understandably anonymous author of The Open Scroll blog sheds some light on the true meaning behind these white ostrich and black heron feathers bedizening these royal noggins. “See the bright white ostrich plume as an attestation of illumination through sodomy. I’ll explain the black heron feathers that represent the sodomizer in another post, Lord willing.”

In other words, if you are at an Order of the Garter ceremony wearing a huge white ostrich feather in your hat, you’re not only a doodle dandy maccaroni boy, you’re a rapist—and likely a pedophile; and if you are unfortunate enough to be one of the celebrants wearing a black heron feather in your hat, you are on the receiving end of the white-feather’s sodomite rituals. The Open Scroll blog goes on,

“I found this image that speaks to me of the biological mechanism of the sodomite gateway. The opened third eye is pictured by the wedjat symbol, also known as the Eye of Horus. The crowned bird that resembles a vulture is the sodomizer, perched behind. The crowned serpent is the familiar serpent seen extending out from the forehead of Pharaoh’s, gods, and goddesses. The bird and serpent ‘kundalini’ opening of the third eye is what the plumage of the Order of the Garter hat is all about.” 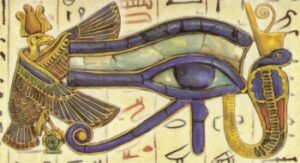 So, now it comes into full view the correlation between the Order of the Garter ceremony to ancient Egyptian sodomite rituals (the Tantra and sex magick rituals of antiquity). These rituals are performed by elites, royals, and secret society members out of a belief that it will bring them eternal youth, power, and immortality.

It is no longer just the royal family that are “honored” with the title of Garter Knight. Many A-list celebrities are also being knighted and given the title of Sir (e.g. Sir Paul McCartney) or Dame (e.g Dame Judy Dench). 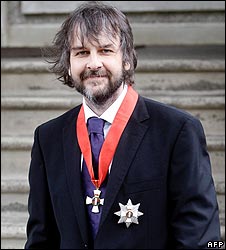 An entire book could be written about the symbolism, rituals, traditions, and occult mysticism baked into the annual Order of the Garter ceremony. The 8-pointed Garter Star, the rose embedded into the Garter collar, the dragon on the lesser George—this entire ceremony is rife with occult/Luciferian imagery.

For more information on the Order of the Garter ceremony and its true esoteric origins, you can read the extremely eye opening (and equally unpleasant) article, “The Sodomite Gateway—Royals Solve the Riddle of the Sphinx” by clicking HERE.

While the subject matter in this article is admittedly disturbing, it is important for Christian consumers to understand that some of the most seemingly innocuous fashion trends—like feathered hats—have their roots in deeply sinister, evil traditions. Perhaps when Peter warned women in 1 Peter 3:3-13 to avoid fancy clothes, jewelry, and hairstyles, he wasn’t preaching a sermon on prudishness or how to look homely; but rather understood that many of Babylon’s fashion trends are very subtle (feathered) hat tips to idolatry, occult rituals, and the worship of false gods.

Speaking of false gods, stay tuned next week when the Nefarious Fashion Trends series continues and we explore some modern shoe designers who quite possibly–sold their soles to the devil.