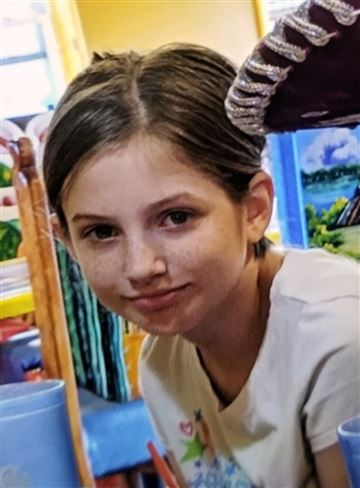 UPDATE: Amanda Carmack, who in her first appearance in court waived her right to an attorney, has filed a “notice of mental disease or defect”  in Grant County.  Despite waiving her right, she has nonetheless been assigned a public defender who filed the notice on her behalf.

Her trial is scheduled to begin in February 2020, and prosecution is intending to seek life in prison without the possibility of parole if convicted.

UPDATE:  Amanda Carmack had her first court appearance in the morning hours of Monday, September 9th.  During that hearing, she waived her right to an attorney and stated her intentions of representing herself.

According to court documents, Skylea's cause of death has been confirmed as asphyxia by strangulation, and the manner of death was homicide.  Documents further state that when she was found, there was a pair of pants "tied very tight" around her neck.

On Saturday, Kevin Carmack left his ten year old daughter, Skylea Rayn Carmack and six other children with Amanda Carmack while he went to work.  In a statement to Fox59, Kevin indicated that he was under the impression that Skylea had run away around 4:00 pm while he was still at work.

Around 9 pm that night, a report that Skylea was missing had been filed with police.  When police made the missing person announcement state-wide the following morning, they indicated that Skylea may be in danger and in need of medical attention.

For four days, people gathered to help canvass the area and hand out flyers with an image of the girl that responded to "Sky" or "Boog."  In the early morning hours of Wednesday, before dawn, the search was called off.

Police had located Skylea's remains wrapped in a garbage bag in a shed behind the Carmack home.  By 4:30 that morning, Amanda was booked into the Grant County Jail on preliminary charges of murder, neglect of a dependent resulting in serious bodily injury, strangulation, and domestic battery resulting in serious bodily injury.  She is being held without bond had her initial court date has not yet been set.

"In law enforcement, our main focus is who and how, not why," Indiana State Police Sargent Tony Slocum said. "Trying to rationalize why someone would kill a 10-year-old? There's no rationale for that. That's just an act of cowardice."

By Wednesday evening, the autopsy results were in.  Skylea had died from strangulation between 4:30 and 6:00 pm on Saturday evening, hours before the 9 pm report that Skylea had run away. 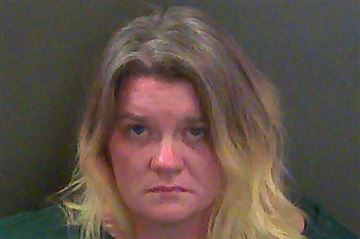