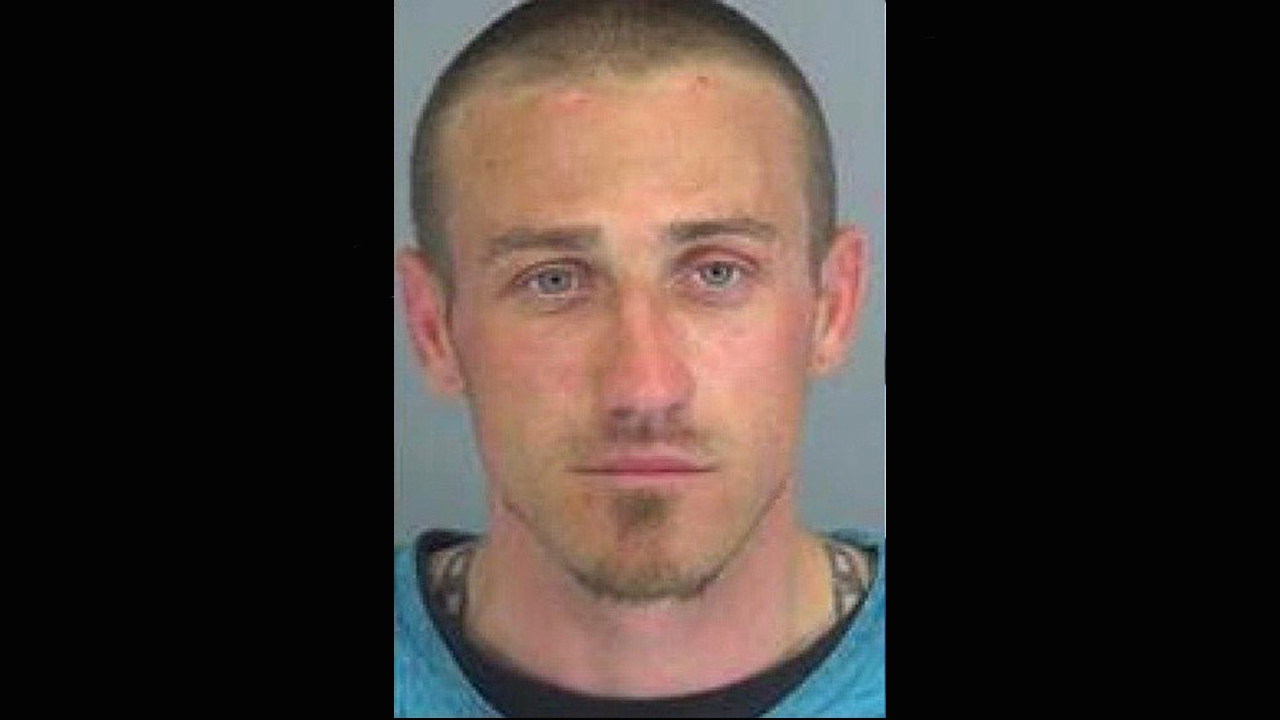 35 year old Stanley "Woo Woo" Mossburg was taken into custody early Tuesday morning after SWAT entered the home of an acquaintance he had entered and holed up in.

Reporters were ready and waiting for him as he was escorted to the waiting cruiser to be taken to Polk County Jail where he would be booked on 17 felony charges.

"Y'all will see God, and there's gonna be an Angels and Demons fight from God. There's a war, everybody will see," he started by saying when asked by reporters if he had anything to say, according to a clip uploaded by WFTS.

He was asked by one reporter which side he was on, to which he responded, "The good side, God's."  He went on to say, "I'm doing what God tells me to do."

When asked about a statement made by a man he had held captive overnight regarding him murdering eight victims and allegedly claiming he wanted to be a serial killer, he said, "I'm a prophet, not a serial killer."

Law enforcement personnel are referring to Mossburg as a "spree killer," a saying that at this time, they have no information to lead them to believe that there are more than three victims to be attributed to him, despite his claims of eight.

"Suspect Mossburg told our live victim, 'I want to be a serial killer. I like killing people,'" Polk County, Florida, Sheriff Grady Judd said in a press conference. "Mossburg said the two victims in Winter Haven were number seven and eight, but his goal was to kill 11."

"Stanley, without a doubt, is a spree killer," Judd said. "We hope and pray there are no other victims; that he's just bragging. We know that he killed three over two states and certainly he has the proclivity to kill others."

On October 2nd, Christopher Scott Short was found stabbed to death behind a laundromat in Greeneville, Tennessee.  Surveillance footage showed a man, allegedly Mossburg, ordering Short into the building's restroom at gunpoint. Later the two emerged with Short bound, and the man leads to the back of the building.

After stabbing Short, Mossburg is accused of stealing his truck and driving to Spartanburg, South Carolina to his sister's home.  She is said to have supplied him with a bus ticket to Orlando, Florida, and Short's vehicle was found in a nearby scrapyard.

Nearly a week after Short's body was found, an alert began to circulate that Mossburg was in Florida after he pawned several items.

On Sunday, he entered a Winter Haven home, occupied by a male and female, both in their 60s, and is said to have bound them both to chairs.

About 10:30 that night, the third resident, 65 year old Donald Kohl returned home and was met by Mossburg.  He too was bound to a chair and later told police that the female resident, 61 year old Marguerite Morey told him, “Just do what he says and he won’t hurt you.”

According to Kohl, they were bound in different rooms of the home.  The other male resident, 66 year old Kenneth Bever was killed before Kohl returned home, and it was made clear by the sheriff's office was that Mossburg made him suffer more because he fought back.

Morey was also killed during the night, but Kohl was allegedly told the following morning, “I’m not going to kill you because God told me not to," as Mossburg unbound him according to the affidavit.  Mossburg is also said to have turned the home's air conditioning down to keep the victims 'from beginning to smell' and to have begun cleaning the home with bleach.

Early in the afternoon, Mossburg stole Moray's vehicle and told Kohl that he would return with help to deal with the bodies.  It took some time for Kohl to gain the courage to venture out of his home and seek help from the authorities.

“He was frantic,” Bob Strouse, neighbor of the three said. “We didn’t believe what he was telling us right off because it sounded so far fetched you don’t want to believe it, but we did.”  Police soon located the vehicle in a driveway just about a block from where the murders took place.

The standoff lasted overnight with Mossburg allegedly firing off gunshots at various times.  In the early morning hours though, after failing to get Mossburg to leave willingly and after obtaining a search warrant, SWAT drove a vehicle into the garage of the home and dispatched a K9 to retrieve Mossburg from his hiding spot under a pool table.

Mossburg was taken for treatment for bites before being booked into jail.