Because this year hasn't been crazy enough already.

I'm starting to see headlines about now deleted tweets from a physicist that stated that the Mayan calendar never indicated 2012 as the year it would all end.  Instead, errors in arrhythmic when converting from the Julian Calendar to the Gregorian led to the wrong date of December 21, 2012. 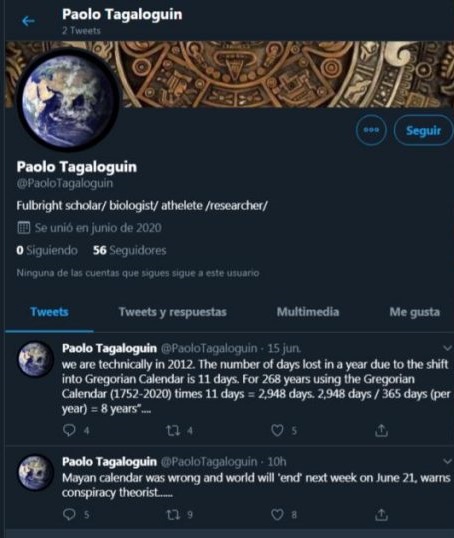 There was even, allegedly, an interview with Stephen Hawking from New Scientist in which he asserted the same.

“In many ways the Mayan’s were ahead of their time,” Hawking is quoted as saying, “but in others they were a little too clever for their own good. In this instance they made the mistake of double counting bank holidays, meaning their calendar isn’t due to run out for a further eight years. People should actually be worrying about 2020, that’s the real end of the civilised [sic] world.”

Regardless of how brilliant Hawking, Tagaloguin, or the Mayans may be or have been, only the Word of God is infallible.