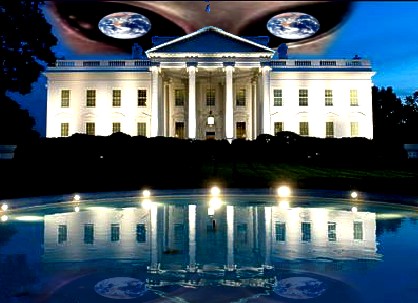 An article popped up in my “chosen just for you” news feed this evening entitled, “Which Religion is Friendliest to the Idea of Aliens.”[1] Does Big Brother know me, or what?!

Not surprisingly, the article concludes, “Every major religion on Earth could easily accommodate the discovery of (intelligent) alien life, with one exception: Christianity.” [Sad trombone….]

The Universal Life Church Monastery, advocating for the inclusion of ’intelligent alien life” within the ranks of religion (sorry low-I.Q. E.T.s – find your own church….) postulates that such a discovery will challenge, in particular, Christianity.

“According to one Christian professor of religion, Christianity will have a hard time explaining the discovery of intelligent alien life given its current set of doctrines. If alien life ever is discovered in the future, Christian teachings will have to be modified in order to remain relevant and account for new data, and there are several possible ways to do this.”[2]

Sorry…brief rant here.  “According to one Christian professor of religion”?!  Are you kidding me? Cite your sources for crying out loud. “I knew this one guy once” too—but you don’t see me quoting him in a vacuum every time I try to back up shoddy research. That’s just lazy.

So, this “one Christian professor” tells us that Christian teaching “will have to be modified“—why? Because it isn’t true? Because it will be proven false? Because the Scientific Method will rule out its existence? No…because it must “remain relevant.”

What? I’m sorry—is Jesus Christ suddenly in danger of having His “Coolest Messiah 2019” Academy Award rescinded? Do we have to doll Him up in a pair of skinny jeans and a man-bun so He can eek out another decade of relevancy among Gen Z?

Religious scholar, Christian Weidemann, laid out the problems facing Christian doctrine and theology should alien life be discovered. And where did Weidemann orate this treatise? In a pulpit on Sunday morning? In a seminary classroom? No. The speech was delivered at the 100-Year Starship Symposium on Space Travel in Orlando Florida.

I don’t know about you, but if someone is hoping to shake the foundations of everything that I have ever believed in or held dear, I’m not going to want to hear it at a Star Trek convention from a dude sporting a rubber Klingon mask.

Okay, no big deal. So far, all we have in the “Christians must make way for their alien brethren” camp is a religious scholar who hangs out at Comic Con, and one unnamed Christian professor. Not too much competition for the timeless, eternal Word of God to contend with thus far.

But, oh, what do we have here? We have a celebrity endorsement as well! Pope Francis says he would baptize aliens, because, “Who are we to close doors to anyone—even Martians.”  Martians?! Do people still use that term? (And they accuse Christianity of being irrelevant?)

“In a homily yesterday dedicated to the concepts of acceptance and inclusion, Francis recalled a Bible story about the conversion of the first pagans to Christianity, according to reports on Vatican Radio.

He said Catholicism was a church of “open doors”, and that it was up to Christians to accept the Holy Spirit however “unthinkable” and “unimaginable” it appeared. Describing how, according to the Bible, Peter was criticized by the Christians of Jerusalem for making contact with a community of “unclean” pagans, Francis said that at the time that too was “unthinkable”.

“Unclean” pagans, Francis said that at the time that too was “unthinkable.” If, for example, tomorrow an expedition of Martians came to us here and one said, ‘I want to be baptized!’, what would happen?”

Clarifying that he really was talking about aliens, the Pope said: “Martians, right? Green, with long noses and big ears, like in children’s drawings.” Francis said that Christianity had struggled from its earliest stages with the temptation to reject “the living presence of God” in various forms. But he added: “When the Lord shows us the way, who are we to say, ‘No, Lord, it is not prudent! No, let’s do it this way’.  Who are we to close doors?”[3]

Pope Francis is not alone in this. Pope Benedict XVI’s astronomers also stated that they would baptize an alien, “if they asked.” (Since when does the Pope delegate baptism duties to an astronomer…and since when does the Pope have a personal astronomer?) But yes, Guy Consolmagno (your friendly neighborhood Jesuit astronomer) chimed in stating, “Any entity—no matter how many tentacles it has—has a soul.”

Oh Guy, you’re such a hoot! Your whimsical sense of humor has completely averted my attention away from the fact that powerful religious leaders are planning to baptize an onslaught of demons into the Church.

But since when is the Pope (or the Catholic Church) in charge of opening and closing cosmic doors? Isn’t it Yahweh, the Almighty, who says that He alone opens doors that no one can shut; and shuts doors no one can open? (Isaiah 22:22, Revelation 3:8).

Wait… [screeching brakes!] Back up a second. What in the world does, “Christianity has struggled…with the temptation to reject the living presence of God in various forms” mean?!  In context, it almost sounds to me like our mitre-bedecked friend from Rome is inferring that these little green Martians with long noses and big ears are…an incarnation of Jehovah?

This is nothing short of Great Deception prep, folks. And it’s a bunch of balderdash.